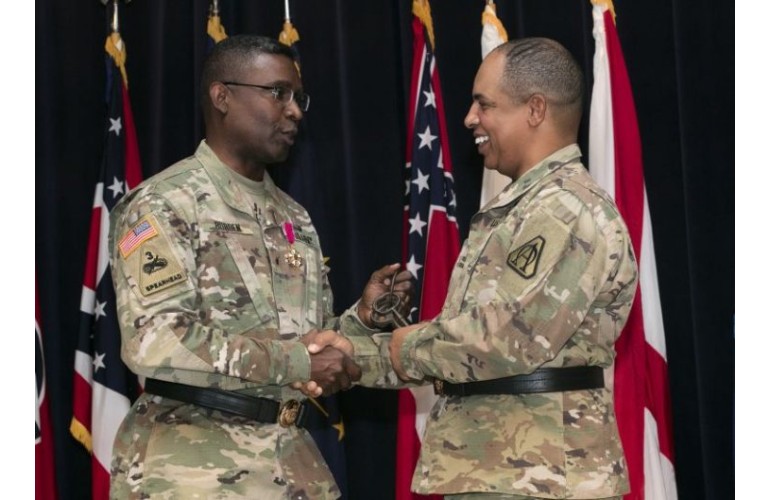 At Virginia State, a historically black university in Virginia, Brigadier General Alfred F. Abramson is the latest graduate of the Reserve Officers’ Training Corps (ROTC) program to have earned the rank of general officer.

Speaking on Brig. Gen. Abramson’s promotion, VSU’s 25th Professor of Military Science, Colonel David D. Johnson, said that the brigadier “adds to the outstanding legacy of the Virginia State University ROTC Program. He epitomizes our mission to ‘recruit, educate, develop, inspire, and commission highly-qualified senior ROTC cadets that embody both the Warrior Ethos and the Army Values and are capable of exceptional service in the Army Profession.”

Picatinny is the Department of Defense’s Joint Center of Excellence for Guns and Ammunition. More than 90 percent of the Army’s armaments and ammunition including warheads, explosives, and all sizes of firearms, battlefield sensors, and howitzers are developed at Picatinny. The center’s 5,000-plus employees specialize in research, development, acquisition and lifecycle management of weapon systems and ammunition.

Brig. Gen. Abramson has served in a variety of positions to include: Battalion Chemical Officer, SMOKE Platoon Leader, Chemical Staff Officer in the Project Manager’s Office for Nuclear, Biological, & Chemical (NBC) Defense; and most recently the Executive Officer for the Principle Military Deputy Assistant Secretary of the Army (Acquisition Logistics, and Technology.)