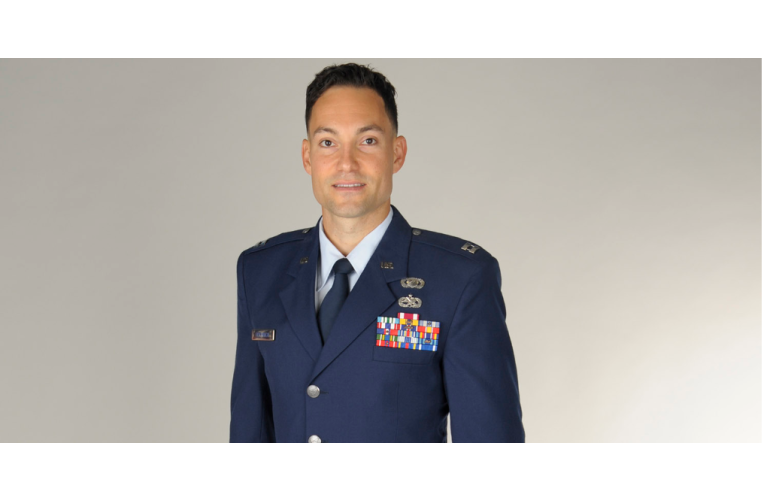 U.S. Air Force Captain Jason Fischbach of the Air Combat Command is the winner of the 2018 Black Engineer of the Year Award for Most Promising Engineer – Government.

The course is designed to develop dynamic Airmen ready to lead air, space, and cyberspace power in a war-fighting environment, the Air Force said.

“The inclusion of Air Force officers in this program enriches the pool of candidates available to serve in positions requiring interaction with Latin American countries and their military forces,” Kris Hunter, Officer Developmental Education deputy chief at the Air Force’s Personnel Center, told the AF.

“They also develop their knowledge of the use of airpower, including basic theories of warfare and the increasing role of aerospace and information systems in the joint environment,” Hunter said.

Hunter said the selection process for the Inter-American Squadron Officer School is extremely competitive, as those selected will represent their unit and the Air Force in an American ambassadorial capacity to Latin American students.

Capt. Fischbach has been working towards honorable positions throughout his military career.

He is a Distinguished Graduate of Officer Training School, an honor earned by only the top 10 percent of the class.

A Distinguished Graduate candidate must exemplify the “whole person” concept. This is the overall assessment of a cadet’s performance and character observed by their flight commander, peers, and staff. The whole person concept embodies but is not limited to integrity, pride, loyalty, self-discipline, initiative, enthusiasm; teamwork; a winning attitude; and warrior spirit.

Currently, he serves as flight commander of Mission Support Flight.

The staff comes from 18 different Air Force Specialty Codes or jobs. The jobs include operations, maintenance, and logistics, support, medical, finance and contracting.

The captain’s area of responsibility spans one-third of the globe in support of the United States European Command, United States Africa Command, and U.S. Central Command. He validates power, space, and cooling requirements for data centers that support more than 3,500 users in three Combatant Commands.

What does the captain do for rest and relaxation?

“I like to play musical instruments even though I am not good at it,” he says. He’s also “a den leader for the cub scouts.”