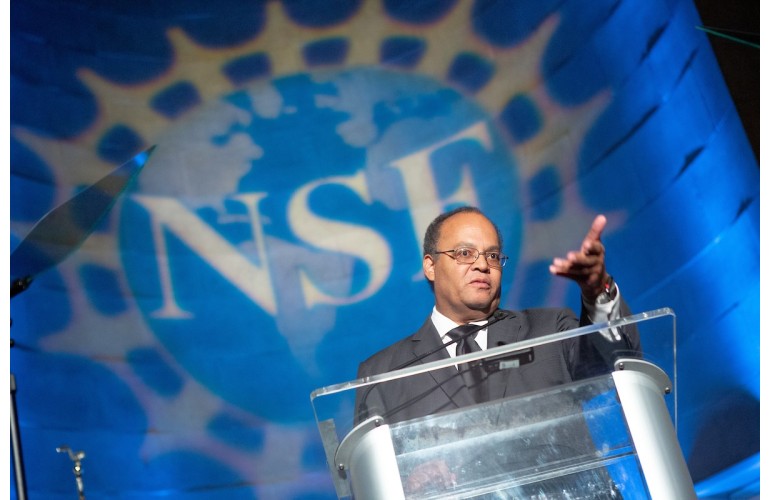 Tyrone Taborn, publisher and CEO of Career Communications  Group, Inc., was honored May 14 at a National Science Board (NSB) ceremony in Washington, D.C.

Taborn was presented with a Public Service Award during NSB’s meeting to address science and engineering policy issues relevant to the National Science Foundation (NSF).

The NSB establishes the foundation’s policies and provides the President and Congress with Science and Engineering Indicators, a biennial report on the state of science and engineering in the United States.

NSB’s Public Service Award recognizes people and groups that have increased the public’s understanding of science or engineering. Past award recipients include the American Museum of Natural History, the Alfred P. Sloan Foundation, and the PBS television series NOVA.

“This is a great honor, said Taborn. “For the past 35 years, Career Communications Group’s US Black Engineer magazine, the Council of Engineering Deans of Historically Black Colleges and Universities, Black Engineer of the Year Award (BEYA) sponsors, institutions, and individuals across America,” have celebrated the achievements of African Americans and minorities in STEM careers to promote better access to young people, he said.

At the same time, he developed a stable of diversity magazines, including US Black Engineer magazine, which serves as a vehicle for the discussion of broad science and engineering policies, including the hiring of minority scientists and engineers as well as retention, career progression, and promotion.

Taborn received the award in May with his BEYA co-founder, Eugene DeLoatch.