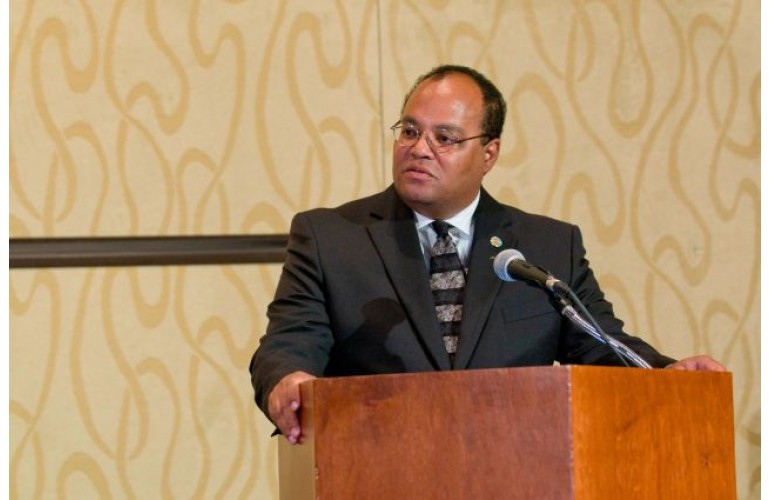 Among the changes in the rules package is the plan to create an Office of Diversity and Inclusion. There are also plans to build a Financial Services subcommittee to oversee diversity and inclusion within the financial services space.

“The goal is to expose them to the achievements of the African American Community and inspire them to pursue high-potential careers, with the understanding that while there is still room for progress, doors have been opened and barriers shattered. Their challenge is not to feel the burden of the pioneers, but the responsibility of continuing our march of progress,” he said.

“While it is constructive for America to see the House execute this political course correction on the management and treatment of its workforce,” Taborn continued “CCG also works with our nation’s premier employers, and it is equally important that they understand that our House of Representatives leadership expects companion behavior from their business peers.

“That expectation is anchored in the understanding of our legislators that a House that looks more like America, more closely resembles the talent and customers of her marketplace, and increasingly the world in which we do business.

“The actions of the House today are not 20th-Century affirmative action statements, but rather the markers intended to define the competitive behavior required to win in the 21st Century marketplace. I, therefore, applaud the emphasis on diversity in the rules package, and the aim to provide an opportunity for all Americans to be included,” Taborn said.

Ted Childs, retired Vice President and Chief Diversity Officer from IBM, and advisor to Career Communications Group and other U. S. and global businesses, joined Taborn in discussing the House announcement.

“The political climate has not been healthy for a focus on diversity,” Childs observed. “The national discussion has acknowledged our changing demographics by framing a picture of gains at the expense of our majority community.

“Those changes, while real, reflect the reality of a nation that is becoming more diverse, but also increasingly looks like the global marketplace we serve,” Childs said, adding that, “America’s Team” is not a sports team—it is an army that competes on the economic battlefield 24/7 and has reduced probability of winning if it does not look like the America it represents.

“The Black and Brown student and professional communities that CCG talks to are the talent of that America. We win with them as members of our employment and leadership teams or lose. When our legislative leadership demonstrates trust in the definable, non-negotiable presence of our diversity, it frames a picture of “We the people” as citizens and workers of 21st Century America,” Childs said.

“For nearly 30 years, Tyrone has been begging America to hear and understand the message of the importance of respecting and valuing the diversity of our technology talent,” Childs said. ” In 2006, I began to describe him as the Carter G. Woodson of our era. It is wonderful to see the U.S. House of Representatives align with the messenger’s message,” noted Childs.