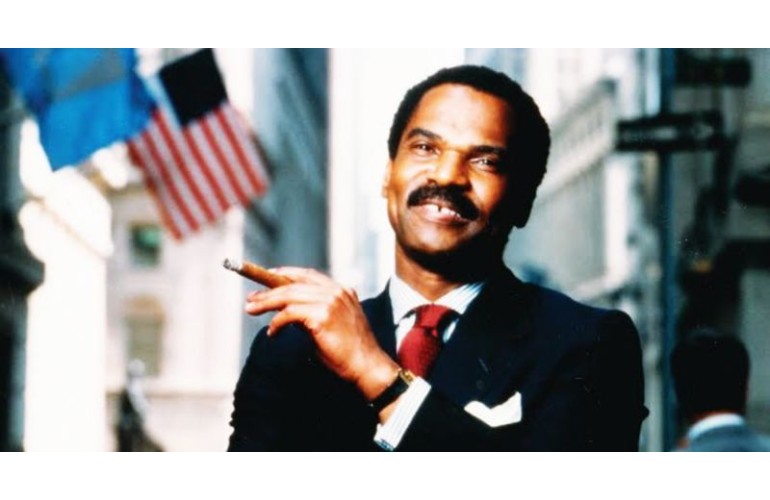 On November 30, 1987, Reginald Francis Lewis closed the thousand million buyout of Beatrice International Food. At the time, it was the largest offshore transaction ever completed in the United States.

The Wall Street move was celebrated around the world as the deal that made Lewis the first-ever African American billionaire business tycoon. Michael Milken was his investment banker, and the company made the Fortune 500 list.

The $Billion Deal opened the doors for more African Americans, women and minorities to play in the billion-dollar business league.

The event also marked the founding of TLC Beatrice International Holdings, Inc., the first African American owned enterprise to break through the billion-dollar mark when it grossed $1.8 billion in sales in its first year.

Lewis died from brain cancer in 1993 and left behind a legacy that continues to inspire young African Americans and all Americans.

In his hometown, the Reginald F. Lewis Maryland African American History and Culture Museum will celebrate his 75th birthday with a presentation, “Reginald F. Lewis The Conversation: The $Billion Deal, The Lifestyle, The Man,” on Thursday, Dec. 7, 2017 in Baltimore, Maryland.

Keith Perrin, Co-Founder of Fubu will be a special guest speaker. The event is open to the public.

On December 1, Congressman Elijah Cummings placed the financial transaction milestone in the US Congressional Record in honor of Lewis’s work.

“When you have somebody like a Reginald F. Lewis who grew up in Baltimore and walked the same streets as I did. For a younger person, to see that, to see somebody that looks like you accomplish something that significant, it inspires you to be the best that you can be. You never know the influence of a person even from a distance can have on you. But I know that in my DNA, there is a Reginald Lewis. It makes me proud, very proud to celebrate with you,” said Cummings.

In 1987, Lewis founded his foundation to carry out his vision and mission for philanthropy, supporting educational programs for minorities and underprivileged youth as well as showcasing and preserving African American art and culture.

This was continued by his family even after his death. They also completed the autobiography that Lewis had begun writing with co-author Blair S. Walker, which became the bestseller, ‘Why Should White Guys Have All the Fun?’

Lewis’ daughters are keeping his legacy alive through invaluable contributions to American society as a whole.

Leslie Lewis is a consummate performer and executive producer. Most recently, she was recognized for her moving one-woman show called “Miracle in Rwanda”, based on a true story of surviving violence, overcoming odds and the power of forgiveness.

Christina Lewis-Halpern founded All Star Code, a non-profit organization that seeks to help young men of color gain the tools they need to become a new generation of entrepreneurs who will confidently navigate the multi-billion dollar technology industry and create more economic opportunity.

Highlights from Lewis’ exceptional life are permanently displayed at the Smithsonian National African American Museum of History and Culture in Washington, D.C.

Shortly before his death in 1993, RFL gave the largest donation ever received by Harvard University School of Law from an individual at the time. He became the first African American to have a building named after him, The Reginald F. Lewis International Law Center at Harvard Law School. And the Reginald F. Lewis Foundation, which he founded in 1987, continues to provide grants for education, culture, and arts to this day.

During Black History Month in February 2018, WNET will release a documentary about his life.