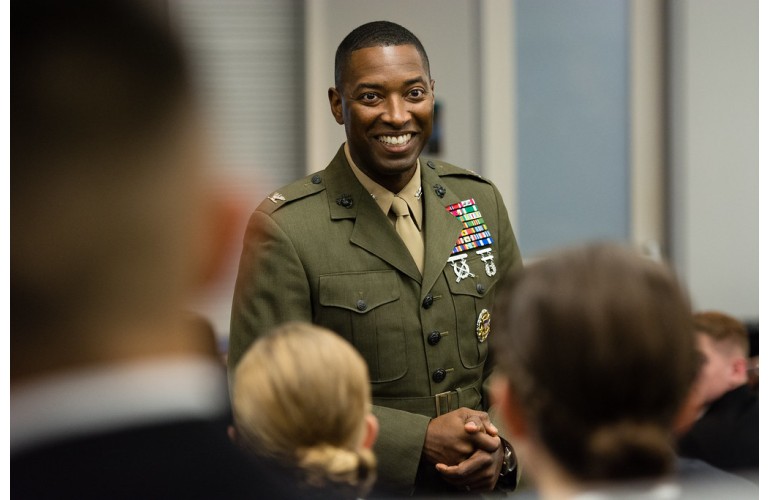 On March 4, Secretary of Defense Lloyd J. Austin III announced that the president had made several nominations, including Marine Corps Col. Anthony M. Henderson for appointment to the rank of brigadier general.

In 245 years of the Marine Corps, only 25 Black Americans have reached the rank of general, according to military historians.

Williamson was commissioned into the Marine Corps as a graduate of the Naval Academy class of 1994.

A grandson of Master Chief Melvin Williams and the nephew of Vice Admiral Melvin Williams Jr., Williamson has performed duties in several different capacities and traveled around the world, participating in combat operations, contingency missions, and myriad training exercises.

He completed a successful assignment as the Commanding Officer of the Marine Corps Officer Candidates School (OCS) in Quantico, Virginia.