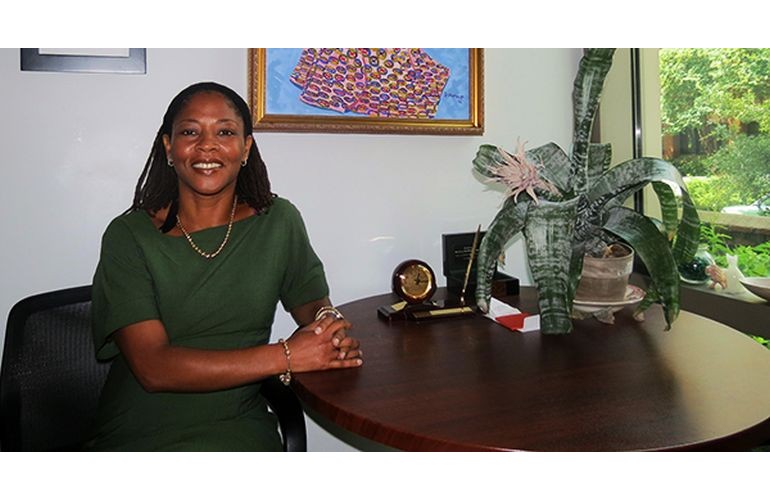 Chanita Hughes-Halbert, Ph.D., who holds the AT&T distinguished endowed chair in cancer equity at the Medical University of South Carolina, was recently elected to the National Academy of Medicine.

“I just see it as a real honor because I think it places (the Medical University of South Carolina) as an institution among some of the most elite academic centers in the country,” said Hughes-Halbert. “And one of the things I’m most proud of is the work being done in minority health and health disparities and cancer prevention and control.”

Membership in the National Academy of Medicine is considered one of the highest honors in the fields of health and medicine and recognizes individuals who have demonstrated outstanding achievements and commitment to service.

Dr. Hughes-Halbert started her academic career in 1997 after earning her doctorate in personality psychology from Howard University. She completed pre- and postdoctoral training in cancer prevention and control at Georgetown University Medical Center. As a research assistant at Georgetown, she recognized there was very little participation in research studies or clinical trials by African-Americans.

“My first introduction to the National Academy of Medicine happened several years ago when I was on one of their committees,” she said. “This committee was charged with examining issues related to the breast cancer and the environment. It was fascinating to be part of that committee because you had an opportunity to interact with other leaders in the field to think in depth about key issues in priority areas and then develop recommendations that ultimately influence the policies that are made for health and health care.”

At the National Academy of Medicine, Hughes-Halbert will focus on minority health and health disparities issues, especially involving cancer prevention and control.

This is an issue personal to her: She lost her mother to breast cancer in 1984 and recently lost an aunt to lung cancer.

“Many individuals lack basic information about the resources that are available in academic medical centers for their health and well-being,” she said. “And many patients have to struggle with the challenges associated with accessing care in these settings. We still need to work on helping patients to navigate the healthcare system.”

Since coming to the Medical University of South Carolina in 2012, Hughes-Halbert has established a collaborative center in precision medicine and minority men’s health to address genetic, lifestyle, and environmental issues related to minority health and cancer health disparities.

Her interest in minority men’s health also touches Hughes-Halbert personally. “I’ll tell you the reason I’m interested in minority men is because I’m the mother of two young boys I’m raising to be men. I want them to be healthy.”

In addition to her holding an endowed chair, Hughes-Halbert is a professor of psychiatry and behavioral sciences and associate dean for assessment, evaluation, and quality improvement in the College of Medicine. She was appointed by President Barack Obama to the National Cancer Institute Board of Scientific Advisors.

The National Academy of Medicine is an independent organization of professionals from diverse fields including health and medicine, the natural, social, and behavioral sciences. Through its initiatives, the Academy works to address critical issues in health, medicine, and related policy and inspire positive action across sectors.

“Your election reflects the high esteem in which your peers and colleagues regard you,” wrote National Academy of Medicine President Victor Dzau, M.D., in his letter of invitation. “As a NAM member, you are now part of a group of truly distinguished individuals who have made important contributions to health, medicine, and science.”

“Dr. Hughes-Halbert is an extraordinary scientist who has dedicated her career at MUSC and the Hollings Cancer Center to addressing health disparities and minority health issues, particularly in South Carolina,” said Gustavo Leone, Ph.D., director of the Hollings Cancer Center. “This achievement will continue to elevate the standard of excellence to which our cancer center strives toward, and we look forward to her continued efforts as a pioneer in the fields of health, medicine, and science in the coming years.”