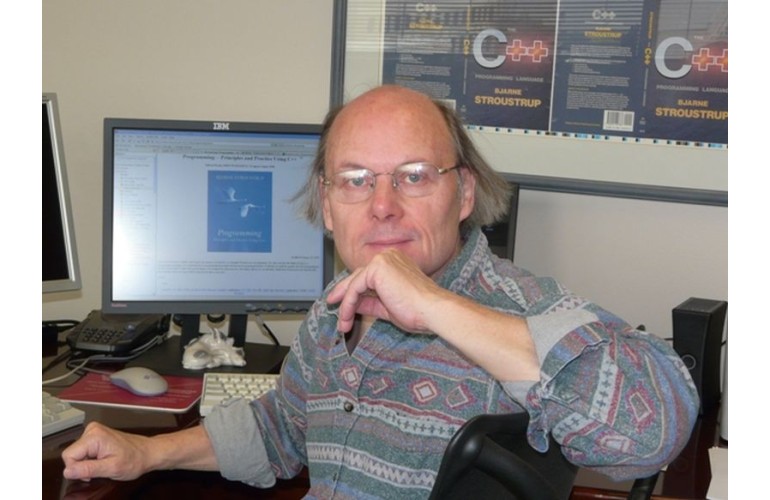 The National Academy of Engineering has announced  that the 2018 Charles Stark Draper Prize for Engineering will be awarded to Bjarne Stroustrup “for conceptualizing and developing the C++ programming language.”

Though invisible to the general public, billions of people indirectly use C++ every day. C++ is one of computing’s most influential programming languages.

Stroustrup developed the programming language at Bell Labs, a research organization in information technology and communications.

The C++ programming language is based on the C programming language. C++ is now used by approximately 4.5 million programmers around the world and has revolutionized numerous applications — from web services like Google and Facebook to medical systems such as CAT scanners and blood analyses. C++’s is a popular choice for complex tasks with resource constraints such as game engines, database implementations, control systems, financial services, graphics, networking, and web servers.

“Bjarne Stroustrup’s creation of the C++ programming language has had a monumental, singular influence on the field of computing,” said NAE President C. D. Mote, Jr. “I am honored to bestow upon Bjarne Stroustrup this year’s Charles Stark Draper Prize for Engineering for C++. His creation reminds our society of the extraordinary impact that an outstanding engineer can have on our world.”

Stroustrup is the managing director in the technology division of Morgan Stanley in New York City, as well as a visiting professor in computer science at Columbia University. Stroustrup continues to commit himself to computer science research, including the further development of C++, distributed systems, design, programming techniques, and software development tools. He received his Ph.D. in Computer Science from Cambridge University, where he is an honorary fellow of Churchill College. Stroustrup was elected to the National Academy of Engineering in 2004.

The Draper Prize was established in 1988 at the request of the Charles Stark Draper Laboratory Inc., Cambridge, Mass., to honor the memory of “Doc” Draper, the “father of inertial navigation,” and to increase public understanding of the contributions of engineering and technology. The $500,000 annual award is given to engineers whose accomplishments have significantly benefited society.

For a commentary [The Nobel Profession] on the Draper Prize Award go to: https://www.linkedin.com/pulse/nobel-profession-bob-johnson-se-pe/