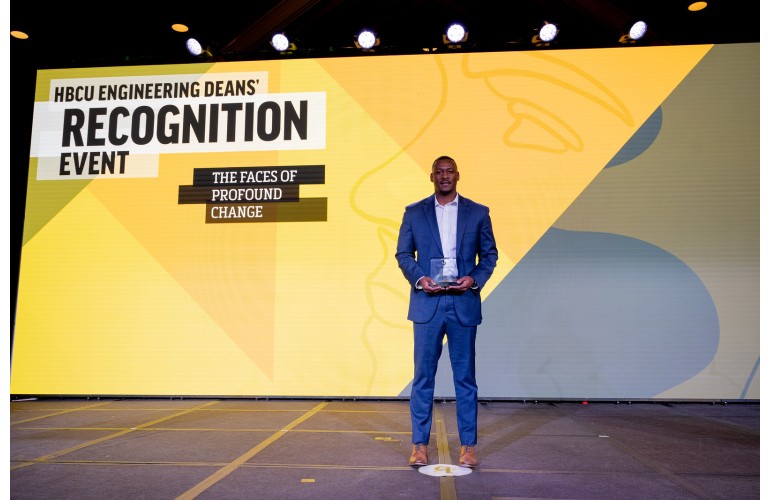 Named for the 2012 Black Engineer of the Year, David L. Steward, the founding chairman of World Wide Technology, the BEYA David L. Steward Legacy Award was established in 2015 to provide recognition for a collaborative leader and successful innovator in the tech sector.

This year’s recipient, Demetrias “Mitch” Jones, an information technology (IT) manager at Textron Aviation IT, shares the honor with past winners such as Ramon Richards, currently chief information officer at Fannie Mae.

Jones has worked to push the needle forward and enhance the technology experience of all 11,000 Textron Aviation employees. He earned his bachelor’s degree in information systems from Fort Hays State University in Kansas and started working for Textron Aviation. During his six years with the company, he has held multiple roles of increasing responsibility including his current role as IT manager, where he oversees the success of nine other team members.

“Two amazing people led me to this recognition: my parents,” Demetrias said during the awards ceremony held at the Historically Black College and University (HBCU) Engineering Deans event at the 36th annual Black Engineer of the Year Awards (BEYA) in February. “They showed me that I could be so much more than what I saw. They instilled in me a work ethic, perseverance, and the courage to always do and be better. That’s why I’m accepting the David L. Steward Legacy Award in their honor. Because of them, I know not to let a moment drown or define me. I thank them, my Textron Aviation family for their constant support, and congratulations to the other honorees.”