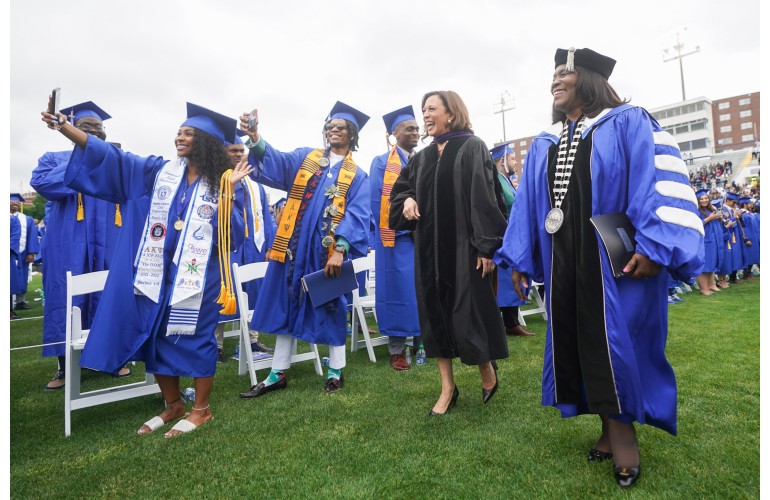 It’s graduation season again, and here’s a roundup of the latest events across historically Black colleges and universities (HBCUs) with ABET-accredited schools.

FAMU alumna and Disneyland Resort Vice President Sybil Crum told the thousands gathered at a multipurpose center about the values that graduates will need to make their mark in the years ahead. The list includes authenticity, tenacity, courage, hustle, resiliency, and optimism.

Alabama A&M University: The spring commencement ceremony was held on Friday, May 6 in the Louis Crews Stadium. According to one television station in Huntsville, Alabama, the historically Black college expected over 600 students to participate in the graduation ceremony with 475 undergraduates and 152 graduate students.

Hampton University: President William R. Harvey was the 152nd Commencement speaker on Sunday, May 8. This was Dr. Harvey’s final commencement. For 44 years, he has served as president of Hampton University, making him one of the longest-serving presidents.

#JSUGrad22: Thasunda Brown-Duckett, president and CEO of @TIAA, offered words of wisdom to JSU graduates, urging them to remain intellectually curious, invest in mentorship and a robust financial future.

In her speech, she urged graduates to be in the rooms where decisions are made on building the platforms for the next phase of technology and conducting research that will lead to the next medical breakthrough.

“We need you to run companies and make decisions about who has access to capital,” the vice president continued. “We need you to serve at the highest levels of government. We need you to work in our hospitals and in our courtrooms and in our schools. And so, when you are in those rooms, my advice to you is to be true to yourself. Hold close to the values that your grandparents, your parents, your pastors, and your neighbors instilled in you. Have the courage and conviction to follow your moral compass.”