Diversity and Inclusion forged the backbone of HBCUs 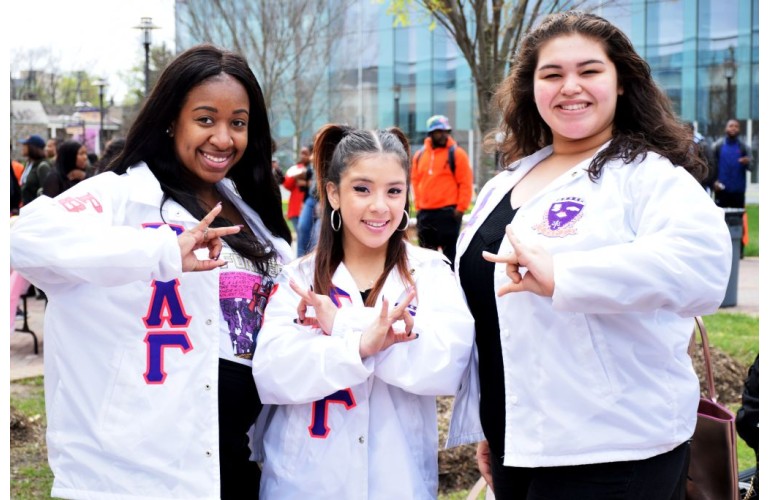 Latino enrollment at historically black colleges and universities (HBCUs) has increased over the past thirty years, various reports say. Especially in regions of the country where the Hispanic population is growing.

One study, The Changing Face of Historically Black Colleges and Universities, published by the University of Pennsylvania Graduate School of Education, found that Latino enrollment has been particularly vigorous at HBCUs in Texas.

At Prairie View A&M University, Latino students now represent 4% of the student body, a 123% increase from 1980, the report said.  A National Center for Education Statistics (NCES) study, which is quoted in the report, found that Texas College and Huston-Tillotson University have seen proportional growth of their Latino students—by 9% and 19%, respectively. Speaking to Houston Public Media, Brian Armstrong, executive director of admissions at Texas Southern University, said that Hispanic numbers have gone from 4 percent five years ago to almost 7 percent.

This upward trend is nationwide.

“As the country moves closer to becoming a minority-majority population, several opportunities exist for HBCUs, from increased enrollments, funding, and attention. However, the appropriate strategic leaders and vision must be in place to take advantage of any opportunities that arise for these schools,” said Brian Bridges, who is quoted in the report. Bridges is executive director of the United Negro College Fund’s Frederick D. Patterson Research Institute.

Kara Turner, vice president for enrollment management and student success at Morgan State University, the largest historically black college in Maryland, says Morgan State has always been open to students from all backgrounds.

“We are optimistic about the potential for future growth among degree-seeking Hispanic students choosing to come to Morgan,” Turner said. “Diversity is one of Morgan’s core values, and it is embraced throughout all that we do. Over the past few years, Morgan has made an even more concerted effort to ensure that we offer a supportive environment. This includes hiring a Spanish-speaking admission officer, developing bilingual recruitment materials, and increasing our presence at Hispanic-focused college fairs. We’ve also helped our Hispanic students start a Latino Student Association and a Latina sorority on campus.”

Morgan State’s Office of Institutional Research, led by Cheryl Rollins, is responsible for compiling and disseminating information, including student enrollment and demographics. The office plays a major role in responding to the Integrated Postsecondary Education Data System (IPEDS), NCES surveys designed to collect data from providers of postsecondary education. Below are the latest figures from Morgan State’s Office of Institutional Research:

The University of Pennsylvania Graduate School of Education report notes, however, that with a quarter of HBCUs having at least a 20% non-Black student body, some people worry that the changing composition of HBCUs endangers the very aspect of these institutions that make them unique.

“Others argue that diversity makes these institutions stronger, by fostering broader, mutual respect, the report said.

“The faces of our campuses are going to change,” West Virginia State University (WVSU) President Dr. Anthony Jenkins told Jones. “We can be the actual case study in terms of how this thing works well, and in terms of not losing your HBCU identity.”

Jones also noted that HBCUs have never had policies of exclusion even though they were established with the specific mission of educating the descendants of slaves in a segregated society that limited their access to anything that could provide upward economic and social mobility.

“HBCUs, since their founding, have been open to all manner of students and included all, regardless of race,” said Lezli Baskerville, president, and CEO of the National Association for Equal Opportunity in Higher Education.