Dr. Chance Glenn on engineering and the future 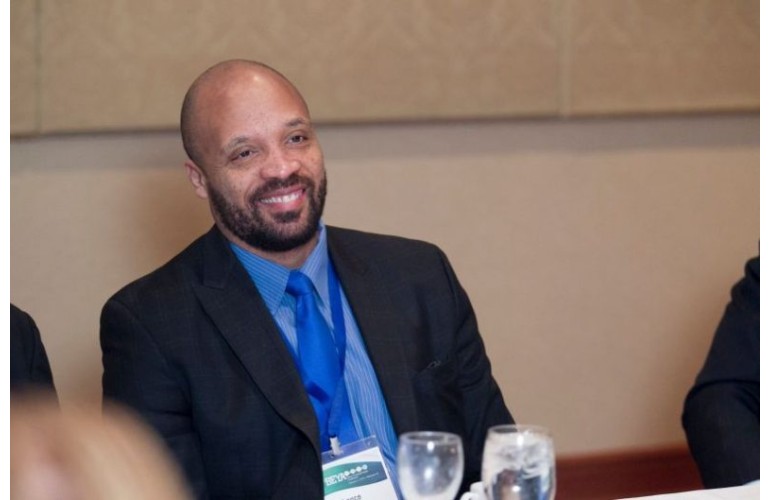 As Dean of the College of Engineering, Technology, and Physical Sciences at Alabama A&M University (AAMU), Dr. Chance Glenn is expanding efforts to prepare students for the ever-evolving global needs of the 21st-century citizen. USBE sat down with Dr. Glenn to discuss the future of science, technology, engineering, math (STEM) at historically black colleges and universities (HBCUs).

USBE: Dr. Glenn, what major projects are currently coming out of Alabama A&M?

We’ve been expanding our degree programs and enjoying five consecutive years of growth. As a result, we are preparing to launch Master programs in electrical and in mechanical engineering. We are also creating a stronger focus on cybersecurity, research, and instruction, at the graduate and undergraduate levels, as well developing certification that will benefit our students and the community.

Though we have always been strong in materials science and engineering, the College encompasses chemistry, physics, mathematics, and construction management. Those disciplines are also a part of our holistic approach. And, with laboratory facilities that house a rating 1000 clean room, a Mach-5 wind tunnel, crystal growth facilities, electron microscopes, and three particle accelerators, we are proud to conduct research and development in many emerging technologies.

USBE: Why is it important to support HBCU engineering programs?

Alabama A&M is the top producer of African-American STEM graduates in the State of Alabama. But if you look at the bigger picture, HBCUs represent approximately 3% of the engineering programs in the United States. Yet, we produce 27% or more of the graduates in STEM.

We are overproducing based on our numbers. If you intersect the significance of STEM education to the nation and global competition and the importance of diversifying the workforce and knowledge base, HBCUs fall directly in the center of that intersection. We are responsible for a large part of diversity and the preparation of graduates in STEM. Alabama A&M also typically rates very high nationally when measuring the percentage of female STEM students.

We are important to the industry because we are a significant source for the workforce.

We challenge industry leaders to participate in the creation of the employees that they need, not simply take the fruit of the labor of the academic institutions and remove themselves. They should invest in our universities so that they can produce better students and more students. That will allow us to have a more vibrant workforce that has all of the qualities required for them to thrive.

Currently, we aren’t seeing the support that I would ultimately prefer, but there are some bright spots.

We have cultivated a great relationship with Lockheed Martin–a perfect example of the symbiotic relationship needed between companies and our institutions. They support scholarship programs, which allow us to attract the best students we can and get them plugged into the pipeline.

Alabama A&M is actually one of the top workforce suppliers for Lockheed Martin, including full-time employment, internship opportunities, and co-op programs. They get top choice of the best students. On top of that, they created an environment that is conducive to students thriving and working well within their company.

In essence, the system is feeding itself. This is the ultimate goal.

USBE: There are some voices in academia, cultural majority institutions of higher learning, and corporate America that question if HBCUs still matter in the scheme of preparing students for their professional careers in STEM. How would you respond?

It only takes a glance at the percentage of African-American STEM students graduating from majority institutions to quiet voices that question the significance and relevance of HBCUs. Their numbers are well below the representative population. If you look at the number of African-American students in STEM programs across the larger campuses in Alabama, none of them exceed 7% of the number of African- American students in engineering or STEM.

The number of African-Americans in Alabama exceeds the national average (about 26%), yet we are underrepresented in these universities.

More than anything else, we need HBCUs because we accept, train, graduate and place more African-American students than majority institutions. When those facts change, we can have another conversation, but I don’t see that happening any time soon.

USBE: How are Alabama A&M and other HBCUs advancing given the current environment?

I recently met with Johnathan Holifield, the Executive director of the White House Initiative on HBCUs, at a NASA event. At this point, we just don’t know anything that’s officially happening with this administration. I’m unclear on some of the more harmful things that may impact financial aid.

That’s a big deal because 80 percent or more of our students require financial aid in some form. If there are cutbacks, will severely impact educational opportunities for universities that rely on the revenue stream. If this administration follows the traditional conservative line of thinking, I suspect it may not be good for us. But again, that’s unclear at this point.

USBE: Could you talk about the future of the engineering, STEM research, and undergraduate programs at AAMU?

There are so many areas in which technology can improve the lives of people. That’s what it’s all about. Discovery is the first stage when it comes to scientific implementation. Engineering and technology follow behind that as new processes are implemented.

Personally, what excites me the most is space exploration. From establishing Mars colonies and mining of near-earth asteroids to developing new space stations, all of it has been interesting to me from a young age. I think within the next few decades we will have definitive knowledge of life beyond our planet. These are very exciting times.

However, the bigger challenges we have as a global society can almost be summed up in one word: population. The population of this planet has gone beyond seven billion. There’s a significant impact on food, water, and energy. Those are key areas because they impact everyone.

Until we have other planets to colonize and easy transport to and from them, we are going to have to develop and work with the planet that we have, take care of it, and use the resources more efficiently and effectively for the population that lives on it. That, to me, is the singular challenge that science and technology have to address.