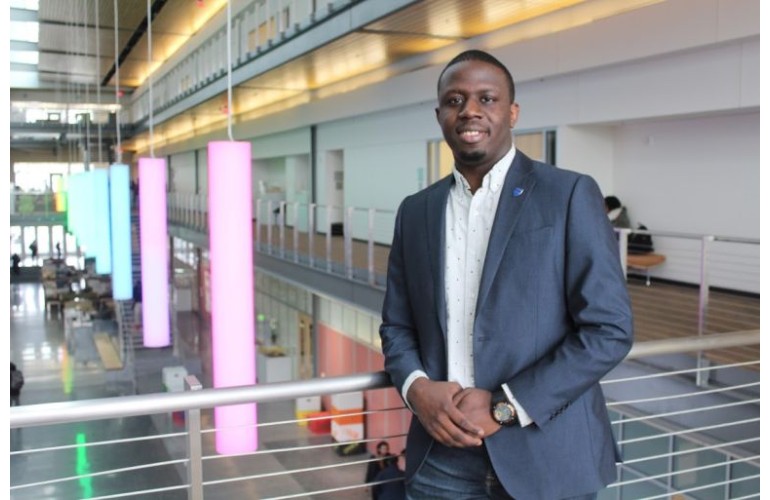 This summer four engineering students from historically black colleges and universities (HBCU) shared their work experiences with USBE‘s Gale Horton Gay. Over several weeks via e-mail, they discussed the benefits of internships.

Phine Ulysse graduated in May 2017 from Morgan State University with a bachelor’s degree in civil engineering. During the summer he was narrowing his options as a bridge engineer.

While in school, he worked at WBCM LLC in Towson, Maryland, as a bridge inspection intern during the summer of 2016 and winter of 2017. His internships entailed inspections of bridges and culverts, completing inspection reports, and helping with the reinforcement bars for one of Baltimore’s water facilities.

“When I first began taking my civil courses, well, even math and physics courses, although I understood the concepts well enough, it was not until joining the American Society of Civil Engineers (ASCE) Steel Bridge Team at Morgan State University, then interning at WBCM, did I get a chance to understand the application side of what I was learning in the classroom,” he said. “It was like completing the missing half of the knowledge I received in the classroom.”

For Ulysse, the on-the-job experience helped to advance his progress in classes when he returned to school.

“Interning definitely helped me understand so much of the information my professors were attempting to relay,” said Ulysse.

“After interning, I took Elementary Steel Design, which many students would agree is not a walk in the park. Because WBCM was patient with me when teaching me concepts foreign to me, I was able to get a jump start on the class.  I believe interning is beneficial to students interested in joining the workforce after graduation and for those looking to get the application understanding in their field down as well.”

Kiante Bush graduated in December 2016 from Morgan State University with a transportation systems engineering degree and a focus in supply chain and logistics. Currently, he’s an Accenture Federal Services technology analyst, which involves utilization of technical architecture, IT, strategy, and program management to deliver solutions for U.S. federal agencies.

While in college, Bush interned for Northrop Grumman as a supply chain analyst as well as for JPMorgan Chase as an operations analyst. Asked about the internship/classroom connection, Bush said it is significant.

“In many cases, internships helped me to better understand the real-world application within much of the material absorbed in the classroom,” said Bush.

“Often certain terms and concepts may not resonate until they can actually be put to use. For example, aside from simply studying product lifecycle, while at Northrop Grumman, I was able to gain a different perspective by actually viewing this process and becoming an essential component of it,” he said.

‘Internships are a payoff for the future’

Last summer, the BEYA community award winner interned for 10 weeks at the Portsmouth Naval Shipyard in Kittery, Maine, as a process improvement engineer.

“The purpose of the shipyard is to refurbish and maintain ships for the Navy,” said Rodgers. “Process improvement engineers project facilitators for the shipyard worker process improvements. Last year I facilitated a project employing 5S knowledge to develop a one- to two-year plan improving space utilization and inventory control of a machinist work cell.

“Last summer, I interned at the same facility, and the two internships prior to that were with Toyota.

“The internship is a part of my scholarship program, the SMART Scholarship for Service Program. The scholarship funds student tuition and fees plus an annual stipend in exchange for an internship during each summer prior to graduation and a job following,” she said.

The Science, Mathematics And Research for Transformation (SMART) Scholarship for Service Program is an opportunity for students pursuing an undergraduate or graduate degree in Science, Technology, Engineering, and Mathematics (STEM) disciplines to receive a full scholarship and be employed by the Department of Defense (DoD) upon degree completion.

Applicants MUST be pursuing a technical degree in one of 19 STEM disciplines.

‘Internships prepare you for job interviews’

Asked about the interview process, Rodgers described it this way:

“The internship is related to work I hope to do after graduation along the lines of work making systems better. Systems are everywhere. After participating in the program, I can apply the same knowledge to the entertainment and education industries, where my passions lie.”

Rodgers sees a payoff in her future for spending her summers interning instead of relaxing.

“I expect to grow in my understanding of systems efficiency, project management, and project facilitation. Also, I expect to improve as a speaker and presenter through conducting shipyard-wide process improvement workshops.”

‘Campus activities help you make the most of internships’

Rodgers also pointed out that involvement in campus activities outside the classroom helps to prepare students to make the most of an internship.

“The soft skills learned (communication, cultural awareness, emotional intelligence, etc.) through working in groups and especially being involved as student leaders on campus is very valuable to the internship experience as well,” shared Rodgers via email.

“A lot of what I am doing is directly related to a class I just finished— Strength of Materials,” said Neal via email at the start of his internship.

“I am a liaison engineering intern. I work as a part of the Fuselage Integrated Product Team providing knowledge on how to fix non-conformances during manufacture of the E-2D Hawkeye,” said Neal.

“I acquired the interview through the career fair at my school, North Carolina A&T State University. I applied for the internship in September. I was interviewed in person the day after the career fair on campus.”

Neal has his sights set on working in the aerospace industry.

“This position is just one of many jobs that I could do in this industry. Hopefully, I can work in a different part of the company next summer to get a better idea of what exactly I want to do with my major.”

“Based on my previous internship, I have been able to better grasp the material being presented in the classroom,” said Neal. “In school, classes are based more on theory, so being able to think back to what I did on my internship and how it relates to what I’m learning makes the material easier to understand,” he said.

Rogers said she directly applied coursework such as Project Management and Systems Approach, in which we learned the 5s method, Lean Six Sigma, DMAIC, 3Ps, etc.

“I have also utilized skills such as SolidWorks and almost all Microsoft applications, which were thoroughly taught throughout multiple courses. In addition, I have colleagues who have utilized courses such as Operations Research, Production, [and] various coding platforms to conduct their internships further, speaking on the benefits of internships clarifying academic teachings, she said.”