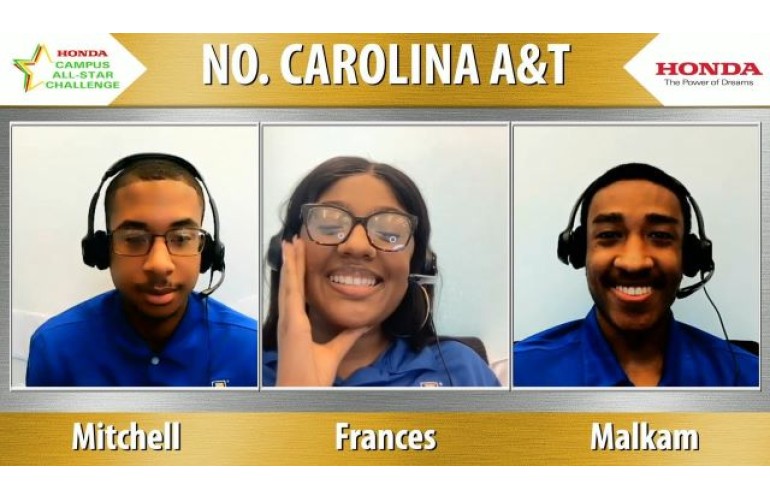 This is the twenty-seventh year N. C. A&T has participated in the Honda Campus All-Star Challenge and the first year it has won the national championship.

“This win shows the dedication of our team, and that with hard work and patience, you can succeed,” said Samara. “This win also shows that my university has helped produce smart students and an amazingly talented HCASC team.”

“Honda congratulates North Carolina A&T State University for its impressive achievement and applauds all of the student competitors and coaches who made this year’s HCASC National Championship Tournament an exciting experience,” said Yvette Hunsicker, vice president of Corporate Social Responsibility and the Office of Inclusion and Diversity at American Honda. “We also thank the volunteers – many of whom are dedicated HCASC alumni and Honda associates – for helping us continue the longstanding HCASC tradition of celebrating HBCU excellence.”

Honda Campus All-Star Challenge is a year-round knowledge-based program that brings together top HBCU students and showcases their academic talents on a national stage. The students answer questions about history, science, literature, religion, the arts, and pop culture.