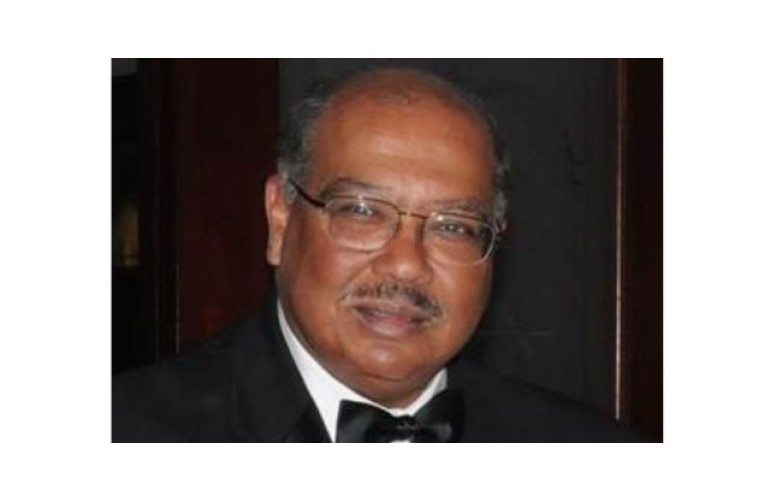 A morning Mass was held at St. Gabriel’s Church in Washington, DC followed by interment at the Lincoln Memorial Cemetery in Suitland, MD.

Below are excerpts from his obituary.

From an early age, George and his father built model cars, boats, engines, and planes. In high school, George entered his own design in a Fisher Body Craftsman’s Guild Contest. He won the 1960 Model Car Competition, which led to many other awards.

After high school, he attended Howard University in Washington D.C., graduated with a bachelor’s degree in mechanical engineering and joined Westinghouse in 1968.

He also earned a master’s degree in engineering management from George Washington University. Later, he went on to earn an M.B.A. from Harvard University. He was a change management fellow at Johns Hopkins University.

While working with UMBC, he began a lifelong friendship with UMBC President Dr. Freeman Hrabowski.

“He is one of the best examples of compassionate leadership I know,” wrote Hrwabowski in the obituary. “Much of our relationship with Northrop Grumman can be attributed to the early years when George served on the Advisory Board of the College of Engineering.”

In 2008, Reynolds was honored for his dedication to advancement in science, engineering, and technology with a Black Engineer of the Year Award (BEYA) for Corporate Promotion of Education.

Other awards include a White House Fellowship and Award of Excellence for Minority Communications. In 1999, he was recognized as a Distinguished Black Marylander by the Office of Diversity Resources at Towson University.

In lieu of flowers, memorial donations may be made to The Campaign for UMBC