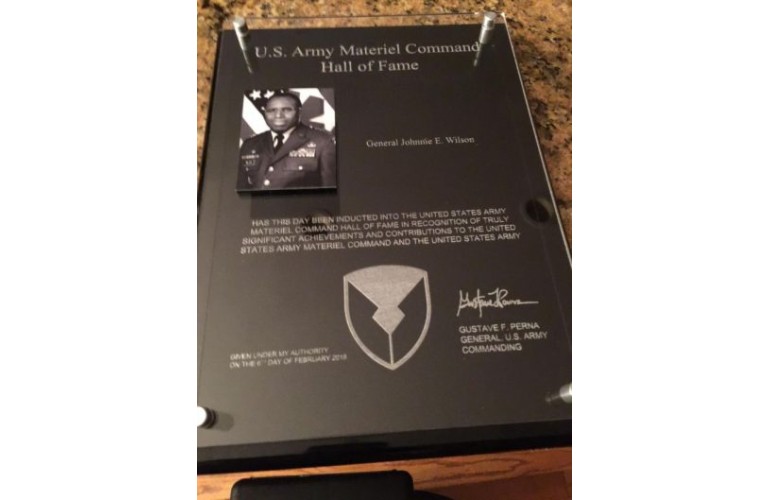 Last June, the General E. Wilson Park turned 25 and they invited visitors to join in the celebration and special events in Lorain, Ohio.

This week, Gen. Johnnie Wilson, a retired U. S. Army four-star general, who served as commanding general, U. S. Army Materiel Command (AMC) from 1996 to 1999, was part of the newest class to be inducted into the AMC  Hall of Fame at  AMC Headquarters.

The general and other inductees, including Lieutenant General (retired) and assistant secretary of defense Emmett Paige Jr., who died August 31, 2017, were honored for their contributions made to the Army.

Wilson was born in Baton Rouge, Louisiana, but was raised in Lorain, Ohio.

He entered the Army in 1961 as an enlisted soldier, attaining the rank of staff sergeant before attending Officer Candidate School (OCS). On completion of OCS in 1967, he was commissioned a second lieutenant in the Ordnance Corps.

General Wilson’s awards and decorations include the Army Distinguished Service Medal (with Oak Leaf Cluster). He retired from the U.S. Army in 1999.

After retirement, Wilson became president and chief operating officer of Dimensions International, Inc. He has also served on the board of the Truman Library Institute and serves on the Army Scholarship Foundation as a member of the Foundation’s Honorary Advisory Committee. He is a founding father of the BEYA Stars and Stripes, an integral part of the annual BEYA STEM Conference.