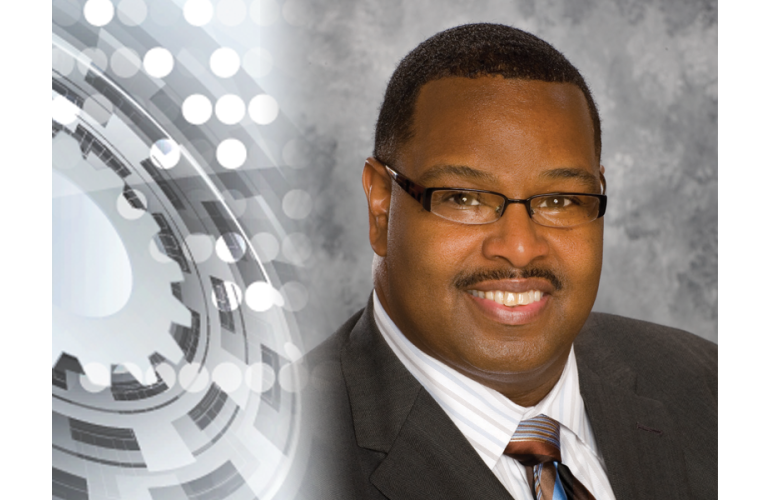 Farrow manages 18 people and he and his team have helped Boeing win numerous external awards recognizing diversity programs at the global aerospace company with more than 170,000 employees.

Recently, Farrow was selected to support the Boeing defense, space, and security CEO, as executive champion for military and veteran engagement, training HR and leaders on unconscious bias.

Farrow has developed an HR Diversity Scorecard that focuses on culture, talent, and marketplace measurements for diversity training, diversity representation in succession plans and interview panels, and internal and external diversity advocacy.

“Growing up in Englewood and Roseland on the Southside of Chicago, there were few professional role models or anyone that attended college,” Farrow said. “I am grateful that my parents invested in me by sending me to urban parochial schools. There, the teachers saw my potential and pushed me to pursue higher education, because they knew it would open doors. As I look back over my life, I’m thankful for my bosses, colleagues, mentors, sponsors, family, friends.”

BEYA named its Affirmative Action award after David Barclay in 1993.

As vice president of workforce diversity at Hughes Aircraft, he was responsible for maximizing Hughes’ commitment to a multicultural workforce. Barclay was also actively involved in community and industry organizations, including the Aerospace Industry Equal Opportunity Committee.

Darryl, I would like to talk with you about our firm. Honor vet. We are certified veteran owned firm that staffs both veterans and non veterans. Brian Polowniak, Retired Special operations, Green Beret.