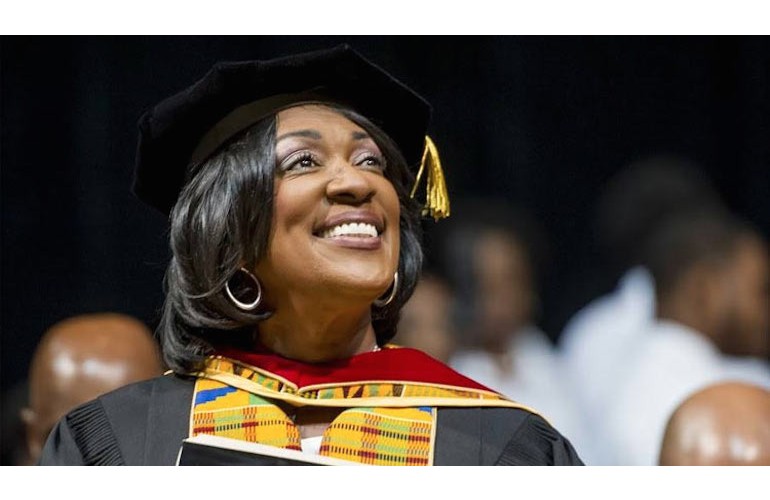 Former Alabama State University (ASU) president Gwendolyn Boyd has been named President and Chair of the Career Communications Group Alumni Committee. In this position, Rev. Boyd will be responsible for day-to-day activities of the committee as well as oversight of all program events.

Career Communications Group, Inc. (CCG) is the publisher of US Black Engineer & Information Technology magazine, and producer of the Black Engineer of the Year Awards (BEYA) STEM Conference, which held its 31st annual event in Washington D.C. February 9-11, 2017.

CCG also publishes Women of Color magazine and hosts the Women of Color (WOC) in Science, Technology Engineering, and Math (STEM) Conference, which marks its 22nd year this fall.

Since winning the 1996 BEYA for Community Service, Rev. Boyd has been active in the CCG Alumni network. Each year, she takes part in events that feature past award winners from both BEYA and WOC STEM conferences. These events connect young people in high school and college with opportunities to learn about STEM careers from real life role models and benefit from the rewards of mentoring.

In 2012, she joined CCG’s Hall of Fame in recognition of her significant contributions to advancing science, technology, engineering, and math (STEM). Rev. Boyd made a keynote speech on STEM and Historically Black Colleges and Universities (HBCUs) at the 2016 BEYA STEM Conference.

A native of Montgomery, Alabama, Boyd is the first African American woman to earn a mechanical engineering degree from Yale. Earlier, she earned a bachelor’s degree in mathematics from Alabama State University, with minors in physics and music. She also earned both a master’s degree in divinity and a doctorate in ministry from Howard University.

Boyd spent more than 30 years doing professional engineering at IBM and the Johns Hopkins Applied Physics Laboratory (APL). At APL, she later held posts in diversity and inclusion, working directly for the president.

In 2014, she came back to Alabama State and successfully stabilized the university during her tenure as college president. Her many accomplishments at ASU include launching the first engineering program. During her tenure as ASU president, Boyd also hosted the first summit of HBCU presidents on STEM, sponsored by the National Science Foundation. The summit was a groundbreaking event for a diverse group to explore collaborative opportunities to advance excellence, innovation, and education in STEM disciplines.

Other highlights of Rev. Boyd’s career include a U.S. Senate confirmation to serve as a trustee to the Barry M. Goldwater Scholarship and Excellence in Education Foundation, appointment to the President’s Advisory Commission on Educational Excellence for African-Americans, and service as president of the Delta Sigma Theta sorority.

Congratulations Soror Boyd. So proud of you.

Congratulations! Ms. Boyd I met you in Mobile when you were the speaker at the ASU alumni banquet. I am a friend of the Greens. I am the one who took your basket back to Montgomery. Mrs. Green was in Montgomery this weekend and we both said that YOU was the best thing that ever happened to ASU. Congratulations on your new appointment and may God continue to bless you.
A fan!
Patricia Carstarphen

Congrats Dr. Boyd, when one door closes, God opens another because he takes care of his own.

PRAISE GOD!!! “Touch not thou my anointed…”
So very happy, proud and pleased for
Rev. Dr. Boyd!!!
How do I subscribe to the Women of Color magazine?

Congratulations, Soror Boyd! God open doors for his children, when some men feel like closing them!! However, your accomplishments precede you & the journey isn’t over. Mz Trailblazer, keep your head up & go forth!!!!!!!!!!!

My childhood mate, college and sister wishes to congratulate you on all that God promises His child. You have been told this a many times, oh happy day!!!our first song you sang for us in UB 1970.

Congratulations my beautiful Soror. Wishing you continuous blessings along your path.

Congratulations! What God has for you, it is for you!

Just learning about this wonderful news! Mother and I are so happy about this! Congratulations!
Sandra Hoggs Hinton