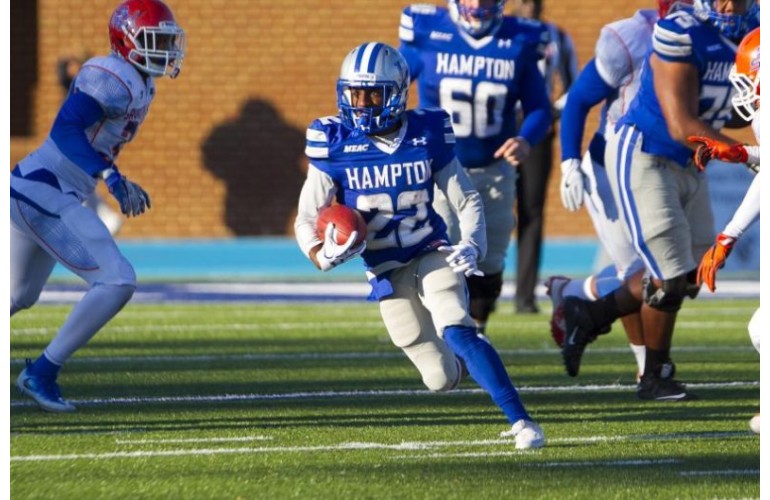 After a 22-year relationship with the Mid-Eastern Athletic Conference, Hampton University will join the Big South Conference, July 1, 2018.

“The move to the Big South Conference is just another part of an exciting year at Hampton University,” said Dr. William R. Harvey, as the historically black college began year-long celebrations marking its 150th anniversary in 2018 and the 40-year tenure of Dr. Harvey as college president.

“Institutions in the Big South are located in Virginia, North Carolina and South Carolina, which means that our student-athletes will spend less time traveling and more time in classes on campus,” Dr. Harvey said. “The smaller geographic footprint will also reduce travel expenses. Another important consideration is a large number of alumni located in the Big South region.”

“This move enables us to better manage class time, with the goal of high academic achievement at the forefront of HU Athletics,” Marshall said. “We are thankful to the Mid-Eastern Athletic Conference for 22 years of great athletic competition and tremendous support,” he added. “We hope to retain long-time rivalries by playing MEAC schools. We are not leaving our fellow HBCUs. We are expanding our reach.”

“We have always been impressed by Hampton’s academics and athletics accomplishments under President Harvey’s visionary leadership,” Kallander said. “We appreciate his interest and support of the Big South and look forward to working with him and the rest of Hampton’s leadership to support our student-athletes.

Hampton’s athletics history includes NCAA Tournament moments in 2001 when the No. 15-seeded Pirates upset No. 2-seeded Iowa State, as well as in 2014-15 making consecutive NCAA Men’s Basketball Tournament appearances. The women’s basketball team has won five Mid-Eastern Athletic Conference championships in a row and six in the last eight years.

On the football field, the Pirates have made five FCS Championship postseason appearances, as well as making five trips to post-season play as an NCAA Division II member.

Founded in 1983, the Big South Conference share a common geographic region and more than 3,000 student-athletes members.