HBCU Doctorates for the 21st Century 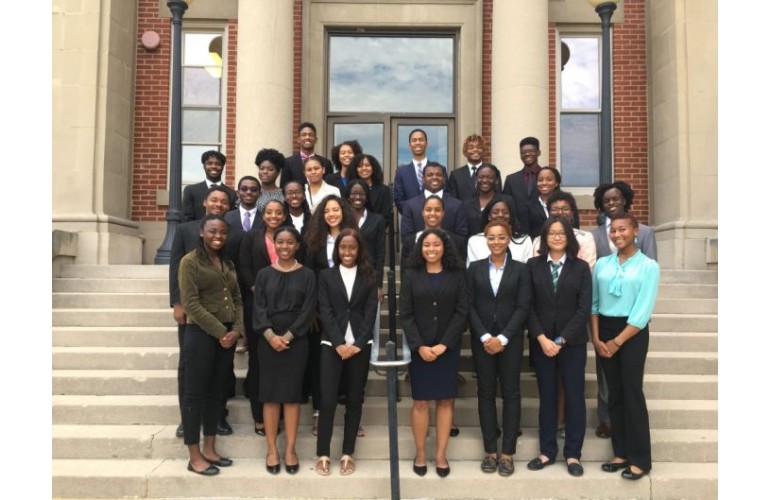 It’s not a new story: there are not enough African Americans in science and engineering fields. The upside is pipeline development programs at historically black colleges are making a difference.

Over the past 20 years, there’s been a 70 percent increase in the number of research doctoral degrees awarded to African Americans.

Owing to these growth rates, the proportion of research doctorates awarded to blacks in the life sciences, physical sciences, social sciences, and engineering fields rose from 4.1% in 1994 to 6.4% in 2014.

According to an annual census conducted by the National Science Foundation, between 2004 and 2014, the number of science and engineering (S&E) doctorates awarded to African Americans went up year on year from 849 in 2004 to 1,375 in 2014.

A total of 11, 444 S&E doctorates were awarded to African American men and women over the decade. During the same period, however, white males and females earned 158, 344 S&E doctorates.

“Annual counts of doctorate recipients are measures of the incremental investment in human resources devoted to science, engineering, research, and scholarship,” says the Doctorate Recipients from U.S. Universities report.

“Understanding the connections between larger forces and the number and characteristics of doctorate recipients is necessary to make informed improvements in this country’s doctoral education system.”

The University of Maryland Baltimore County’s Meyerhoff Scholars Program has been helping with improvements for years.

Now more than 1300 strong, with over 1000 alumni across the nation, the program has nearly 300 students enrolled in graduate and professional programs.

Meyerhoff Scholars has been recognized by the National Science Foundation, and The College Board’s National Task Force on Minority High Achievement calls it an example that could provide broader educational lessons.

The Bison STEM Scholars Program is designed to attract and prepare high-achieving high school students. Students who are selected for the program are required to ultimately pursue a Ph.D., or MD/ Ph.D. Students are required to major in a STEM-related discipline.

Imani Ross, says while her primary focus as a student is to earn her MD-Ph.D. and do research on diseases, she’s excited to spend the next several years learning and growing with the cohort.

Marc Gorum II, a sophomore chemical engineering student says he knows his “success within this program will counter stereotypes that exist around African-American males, especially those in science.”

Gorum and his fellow cohort members started their journeys in the Bison STEM Scholars Program during a six-week pre-freshman camp allowing students to enroll in classes and earn 7 credits towards degree completion.

Like the Meyerhoff Scholars Program, a major goal is of the Bison STEM Scholars Program is to build the cohort as a unit, through study groups, research projects and mandatory meetings, where students discuss their professional development, along with exploring societal issues.

“I appreciate that the BSSP encourages us to be our entire selves as we pursue the ultimate goals of the program,” says Ajani Smith-Washington, a first cohort scholar studying physics and economics.

Smith Washington has interned with the Heliophysics Science Division at NASA, completed a fellowship with Organizing for Action, and became a student leader for the Thurgood Marshall Civil Rights Center.

Members of the second Bison STEM Scholars Program cohort will be traveling to Berlin, Germany for two weeks as part of the program’s focus on building a global perspective for students to prosper in an increasingly diverse world.