HBCU president looks forward to a normal year on campus 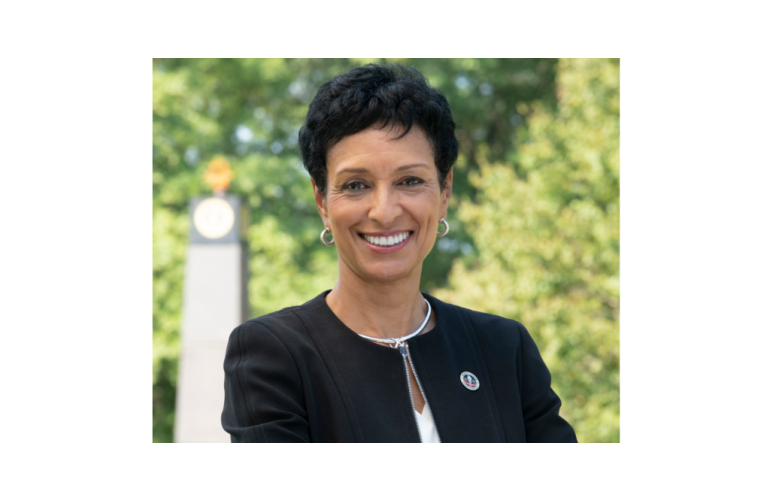 As students return to campus and freshmen arrive, Dr. Aminta H. Breaux, president of Bowie State University, told HBCU Week 2022 that she was seeing “great excitement” at the historically Black college and university (HBCU) she has led since July 2017.

“Students are ready to come back, in person,” said President Beaux.  “We’re known for nurturing a warm, familial environment and it’s very challenging to do that over the virtual remote platform.”

After two pandemic years that saw higher education launch online classes as a new normal, Breaux said some programs will continue to be fully online and some will be hybrid. “We were heading in this direction to do more online anyway and now we are at that place,” she said.

She also commented on the decline in college enrollment. A recent report by the National Student Clearinghouse Research Center found undergraduate enrollment in the United States fell by 662,000 students in the spring of 2022 and by 1.4 million during the pandemic. All sectors experienced varying degrees of enrollment declines, the report said.

“Fortunately, here, we’ve seen an increase in the demand for education,” Breaux said on HBCU Week 2022. “I believe that is very much owed to the amazing work of our researchers, our instructors, and the wonderful examples of our students that are out there.”

At the undergraduate level, Breaux said Bowie State has seen an increase of 3.7 percent over a five-year period, and they are expecting an even larger freshman class.

“These funds from that settlement case allow us to have the flexibility we need to innovate, to create new programs, and different delivery modes,” she explained.

Breaux said the “influx of new dollars” will help Bowie State get to the level to meet workforce demands. New infrastructure and support will ramp up lifelong learning programs that offer individuals the chance to retool and reskill.

“We’re very strong in STEM (science, technology, engineering, and math) programs,” Breaux said. “So we are now creating new  programs that the workforce needs with more stackable credentials, such as entrepreneurship certificates.”

US Black Engineer magazine has backed up this claim for years: the 15 HBCUs with Abet-accredited engineering schools confer the most engineering degrees awarded annually to Black Americans.

HBCUs represent only about 3% of all four-year colleges and universities but produce approximately 17% of all bachelor’s degrees earned by African Americans. First-generation and low-income students comprise almost 60% of the students’ bodies, and HBCUs award, on average, 26% of bachelor’s degrees held by Black people. (Source: HBCU Facts,  HBCU Week 2022)