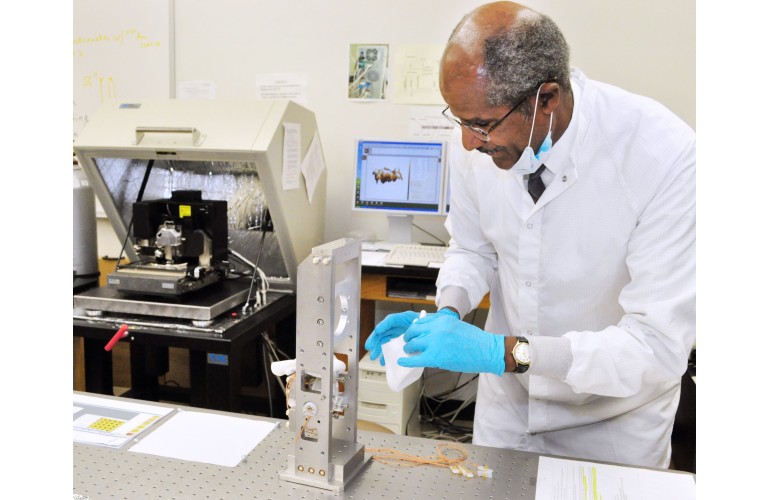 The Laser Interferometer Gravitational-wave Observatory (LIGO) Scientific Collaboration is a group of 1,000 scientists who have joined together in the search for the elusive gravity waves predicted by Dr. Albert Einstein in his general theory of relativity.

Southern University has been a member of the LIGO Scientific Collaboration since 2000.

At a ceremony in Stockholm, Sweden on December 10, 2017, the Royal Swedish Academy of Sciences awarded the Nobel Prize in Physics 2017 to Rainer Weiss, Barry C. Barish, and Kip S. Thorne, “for decisive contributions to the LIGO detector and the observation of gravitational waves”

“I’m positively delighted that the Nobel Committee has recognized the LIGO discovery and its profound impact on the way we view the cosmos,” said LIGO executive director, David Reitze, in the official LIGO press release. “This prize rewards not just Kip, Rai, and Barry but also the large number of very smart and dedicated scientists and engineers who worked tirelessly over the past decades to make LIGO a reality.”

One of those scientists is Stephen C. McGuire, the Southern University principal investigator to the LIGO Scientific Collaboration.

“Southern University has been a member of the LIGO team since we were elected to membership in the LIGO Scientific Collaboration (LSC). Our contributions to LIGO science have focused on the development of superior optical materials for use in the core optics of the interferometers,” McGuire said.

McGuire shared the Princess of Asturias Award for Technical and Scientific Research given to Rainer Weiss, Kip S. Thorne, Barry C. Barish, and the LIGO Scientific Collaboration in June of this year.

Southern University also is a founding partner in the LIGO Science Education Center (SEC) that engages faculty and students from across the campus as well as the community in science education through in-service and pre-service programs that primarily impact K-12 teacher preparation.

Many SU students have worked in the Science Education Center, including alumnus William Parker. A detector scientist, Parker was at the helm in the control room at the LIGO Livingston Observatory when the first gravitational waves were detected on September 14, 2015.

“It is an honor to be a member of the LIGO/Virgo Collaboration, and I am thankful for the many students I have served as well as the faculty, staff and LIGO scientists that I have worked with over my 40 years in physics. All can take much pride in this monumental outcome,” added McGuire.

The Virgo collaboration consists of more than 280 physicists and engineers belonging to 20 different European research groups in France, Italy,  the Netherlands, Hungary, Poland, and Spain.

LIGO consists of two widely separated interferometers within the United States – one in Livingston, La., and the other in Hanford, Washington – operated in unison to detect gravitational waves. The National Science Foundation is funding the project that is managed by the California Institute of Technology and the Massachusetts Institute of Technology.

Southern University focuses on minimizing noise in LIGO test mass mirrors in order to maximize the sensitivity of the LIGO interferometers. These investigations have involved detailed experimental and computational studies of atomic composition and chemical structure of the mirror coatings by SU faculty members and students from the physics, chemistry, mathematics, and computer science departments.