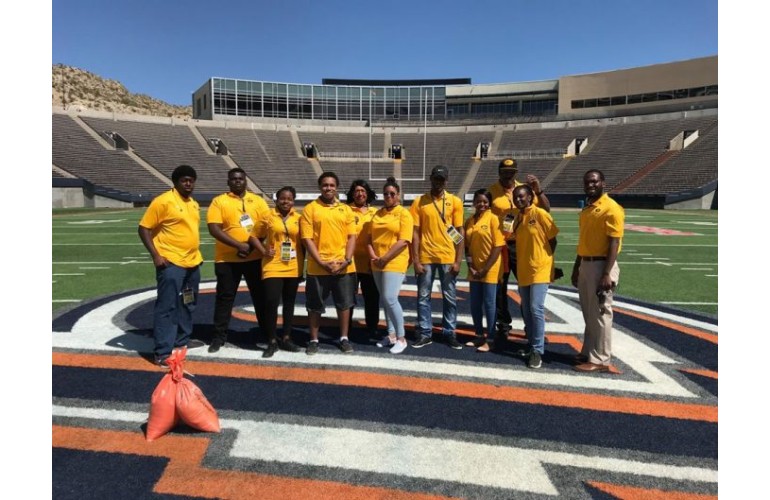 More than 1,700 U.S. universities took part in the competition and the top 11 university teams, which included Spelman, University of Maryland Eastern Shore, North Carolina A&T, Grambling, and Tuskegee were selected to travel to El Paso for the finals.

“We are proud to host the inaugural HBCU/MI Design Competition and garner insight from our nation’s future innovators,” said Maj. Gen. Cedric Wins, commander of the U.S. Army Combat Capabilities Development Command. “The success of future Army science and technology depends on the next generation of diverse, highly competent STEM professionals, and it starts with inspiring students to tackle complex challenges through competitions like this.”

Student teams presented posters on unmanned aerial vehicle (UAV) concepts and flew prototypes that address UAV technology gaps based on real-world challenges faced by Army researchers. Each entry was judged on the ability to describe their solution, how the prototype addresses the challenges, the success of the demonstration and how the prototype could be commercialized for Army use.

A technology expo, which ran concurrently with the competition, included technology displays from CCDC, as well as information booths about the U.S. Army Educational Outreach Program for area high-school students.