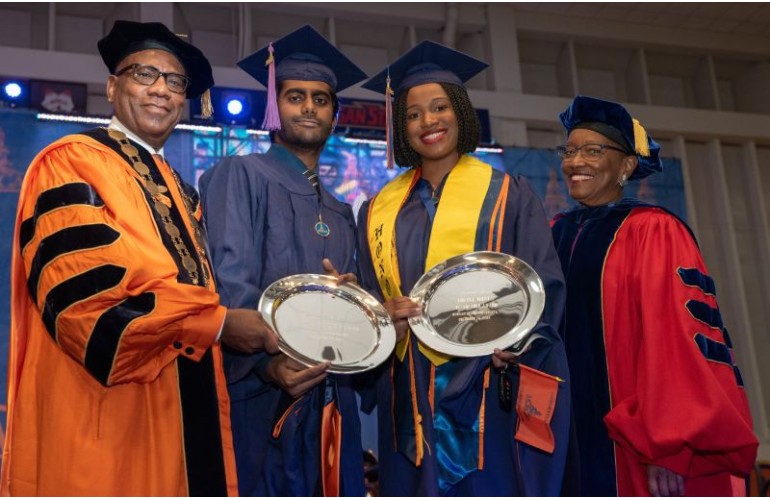 In a close second,  Jackson State University’s combined graduate and undergraduate ceremony on Friday, Dec. 7 had 874 graduates. Dr. William B. Bynum, JSU president, engaged the audience in his famous ‘God is good, all the time’ call and response. (Charles A. Smith/University Communications)

More than 600 TSU graduates received degrees at the fall commencement ceremony. They included 22 members of the inaugural class of the TSU Executive MBA program.

At Southern University in Baton Rouge, 500 graduates received degrees and inspiration at the fall commencement. Graduates were bachelor’s, master’s and doctoral degrees, as well as commissions to the U.S. Army and the U.S. Navy.

It was an even bigger family occasion at Virginia State University (VSU).

President Makola M. Abdullah (photo above) shook the hands of more than 300 graduates, including his daughter, the youngest member of the VSU Class of 2018 to receive a college degree.