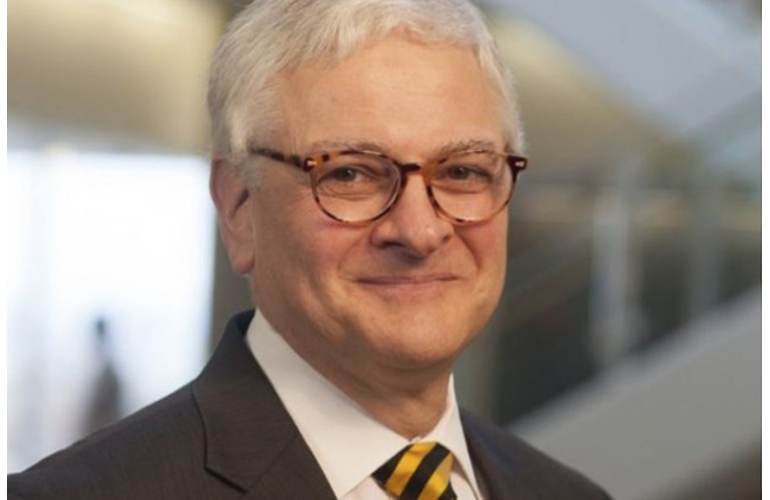 The Board of Trustees of New York Institute of Technology has appointed Henry C. “Hank” Foley, Ph.D., as the fourth president of NYIT, effective June 1.  To date, 100,000 graduates have received degrees from NYIT.

Foley’s background includes high-level experience in strategic planning, economic development and advanced research collaborations, program development, and enhanced funding. He has been serving as interim chancellor of the University of Missouri-Columbia (MU), overseeing the $2.1 billion enterprise since November 2015.

The selection of Foley, 61 years old, follows a seven-month national search for the successor to Edward Guiliano, Ph.D., who announced in September 2016 that he would step down after serving 16 years as NYIT’s president. NYIT Provost and Vice President of Academic Affairs Rahmat Shoureshi, Ph.D., has been serving as interim president since late January.

“Our stated mission has been to identify the next president for NYIT who will be an engaged, inspiring leader with a demonstrated appreciation for the university’s history, mission, and core values. Equally important is a person with passion for its future promise and growth. We have found that in Hank Foley,” said Kevin D. Silva, chair, NYIT Board of Trustees.

Foley will assume the presidency of NYIT, an entrepreneurial, technology-driven university which recently completed its 60th year. NYIT is focused on educating culturally aware, solutions-oriented global citizens prepared for the international marketplace. Its research activity is at an all-time high, supported by grants from the National Institutes of Health, the National Science Foundation, the National Security Agency, and DARPA, for example. Each of NYIT’s seven schools and colleges has a unique legacy of education, research, and curriculum; thousands of students benefit from NYIT’s unique approach, which incorporates distinctive academic programs in a diverse environment, expert faculty-mentors, experiential opportunities, interdisciplinary approaches, cultural literacy, research, and career preparation.

Among areas of priority for the new president are the interrelated areas of university identity/focus, resource management, and outreach. Specifically, this will entail leading a thorough analysis of NYIT’s diverse assets to ensure they are synergistic and support the university’s mission; instilling a leadership culture conducive to setting strategies that build excitement and passion for NYIT’s future; and building and sustaining financial resources, enrollment, and NYIT’s relationships and stature within the various communities it serves.

“I’m looking forward to starting a new chapter of my career, to leading NYIT and building on its success and reputation in higher education. I’m thrilled to be at the helm and to work with the board, faculty, staff, students, and alumni to make NYIT even more recognized for its excellent value and outstanding outcomes, both inside and outside the classroom,” said Foley.

As MU’s interim chancellor, Foley represents MU in the Association of American Universities and the Association of Public Land-Grant Universities and directs MU’s research mission. Further, he is responsible for the quality and effectiveness of all programs and dedicating university resources necessary for all research, education, and service activities. He is a tenured professor of chemistry at MU and a professor of chemical and biochemical engineering at Missouri University of Science and Technology.

Foley joined the UM System in 2013 as executive vice president for academic affairs, tasked with growing its academic and research expertise before being appointed interim chancellor in November 2015. “I am very proud of my team’s accomplishments at both UM and MU over the last four years, and especially the last 17 months. We’ve accelerated the pace of change at MU and outstanding leaders have joined us in academics, research, athletics, and the health system. MU is a better place today because of the hard work and dedicated service of all these people,” Foley said.

Previously, he was vice president for research and dean of the graduate school at The Pennsylvania State University. He also has held faculty appointments at Penn State and the University of Delaware. Foley earned a bachelor’s degree in chemistry at Providence College, a master’s degree in chemistry from Purdue University, and doctorate in physical and inorganic chemistry from Penn State. He holds 16 patents for his research, has written more than 150 articles and a textbook, and has mentored nearly 50 undergraduate and graduate thesis students. He has been recognized as a fellow of the American Institute of Chemical Engineers, the Industrial and Engineering Chemistry Division of the American Chemical Society, the American Association for the Advancement of Science, and the National Academy of Inventors. In 2015 he was awarded an Honorary Doctor of Science by Providence College.

New York Institute of Technology (NYIT) offers 90 degree programs, including undergraduate, graduate, and professional degrees, in more than 50 fields of study, including architecture and design; arts and sciences; education; engineering and computing sciences; health professions; management; and osteopathic medicine. A non-profit independent, private institution of higher education, NYIT has 10,000 students attending campuses on Long Island and Manhattan, online, and at its global campuses.