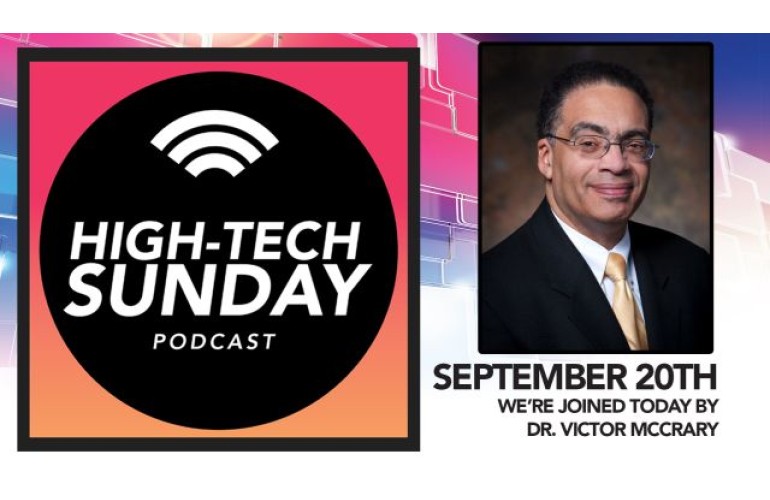 At a time when digital information is more critical than ever, Career Communications Group (CCG) launched a podcast called High-Tech Sunday. CCG’s High-Tech Sunday showcases talent in science, technology, engineering, and math (STEM) through the lens of spiritual philosophies.

The 10th episode features Dr. Victor R. McCrary, Vice President for Research and Graduate Programs at the University of the District of Columbia, where he leads the growth, development, direction, and oversight of the university’s research enterprise. McCrary has held similar research leadership positions at the Johns Hopkins University Applied Physics Laboratory, Morgan State University (MSU), and the University of Tennessee.

Dr. McCrary is a change agent and serial innovator, responsible for developing comprehensive, sustainable research strategies, fostering trans-disciplinary research and expanding research programs via engagement with federal and state agencies and private entities, including his significant contributions to Morgan State University, which resulted in MSU becoming one of only 130 universities nationwide to have an R2 status in the Carnegie Classification of Institutions of Higher Education.

Dr. McCrary has authored and co-authored more than 60 technical papers and co-edited two books during his career at AT&T Bell Laboratories and the National Institute of Standards and Technology (NIST). He has received numerous honors and awards including co-recipient of the U.S. Department of Commerce’s Gold Medal in 2000 and the 2002 Percy Julian Award by the National Organization of Black Chemists and Chemical Engineers. In 2011, he was honored as Scientist of the Year by the BEYA STEM Conference.

In October 2016, President Barack Obama appointed Dr. McCrary to serve on the National Science Board which oversees the National Science Foundation. He chaired a task force that recently produced the report, “The Skilled Technical Working: Crafting America’s Science and Engineering Enterprise.”

High-Tech Sunday’s weekly program is produced by and for CCG’s community of alumni and professionals in science, technology, engineering, and math (STEM) fields, thought leaders, and aspiring students, to bring a concentrated discussion around technological advancements and achievements based on universal moral principles.

The one-hour podcasts are streamed every Sunday. They can be accessed through the Women of Color Facebook and CCG YouTube pages, ​in addition to Apple Podcasts, Google Podcasts, Podbean, TuneIn, and Spotify.