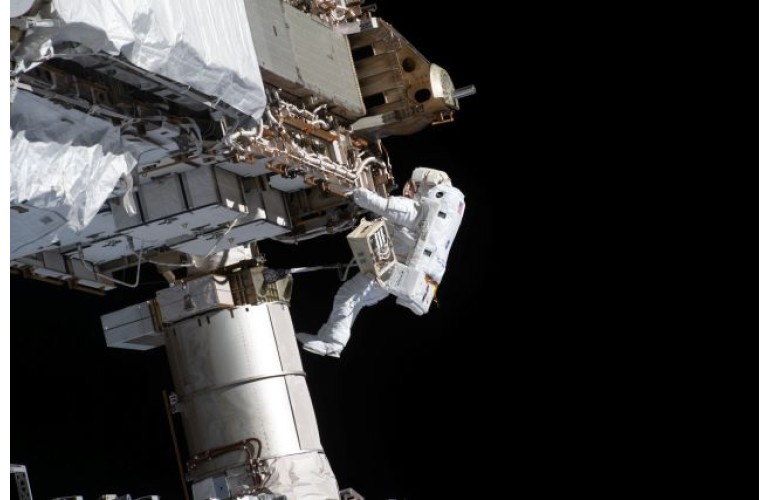 On Friday, NASA celebrated pioneering female engineer, Mary W. Jackson, with a ceremony to name the agency’s headquarters building in Washington in her honor.

“With the official naming of the Mary W. Jackson NASA Headquarters today, we ensure that she is a hidden figure no longer,” said acting NASA Administrator Steve Jurczyk in a statement. “Jackson’s story is one of incredible determination. She personified NASA’s spirit of persevering against all odds, providing inspiration and advancing science and exploration.”

The work of Jackson and others in Langley’s West Area Computing Unit caught national attention in the 2016 Margot Lee Shetterly book “Hidden Figures: The American Dream and the Untold Story of the Black Women Mathematicians Who Helped Win the Space Race.” The book was made into a popular movie that same year, with award-winning actress Janelle Monáe playing Jackson’s character.

In 2019, Jackson and fellow “Hidden Figures” Katherine Johnson, Dorothy Vaughan, and Christine Darden were awarded the Congressional Gold Medal – the highest civilian award – for their work.

In addition to unveiling a building sign with Jackson’s name, NASA’s Victor Glover was one of two astronauts who worked in the vacuum of space on Sunday, Feb. 28. They concluded their spacewalk at 1:16 p.m. EST, after 7 hours and 4 minutes.

“We are so proud of you,” said Vice President Kamala Harris in an interview with Glover, spacewalker, and expedition 64 flight engineer. “As we think about the history that you are making as the first African American to be on the International Space Station for a long duration of time, I want to ask, how do you think of those upon whose shoulders we stand and how they have inspired your work.”

“Actually, I think about that piece often,” Glover replied. “All seven of us up here are part of an amazing legacy of human space flight,” he said. “Everything an astronaut or a cosmonaut has ever done has led to us being here now. And so I appreciate that legacy and I try to work my hardest to honor it. I think about right now, the current state of human space flight. But what I’m most excited about is the future of human space flight, that is going to be what we’re doing for the foreseeable future. Making sure that yeah, that was the first but we want to continue to do new things.”

Speaking on how he approached his first spacewalk, Glover spoke of the advice he had received beforehand prepared him for the experience.

“One of my colleagues said to me to keep your world small. Focus on the things that are right in front of you and slowly widen that worldview. That really helped. The first time that I looked down to at the Earth, I just wanted to do that for the rest of the seven hours that I was outside. It was pretty amazing But we had a lot of work to do. So it was also very busy. Busy and beautiful.

Glover also told Vice President Harris that it is obvious from up there how thin Earth’s atmosphere is, and how special it is for there to be human life on this planet. “I want to do all that I can to protect that,” he said.