How the Army recruits at BEYA 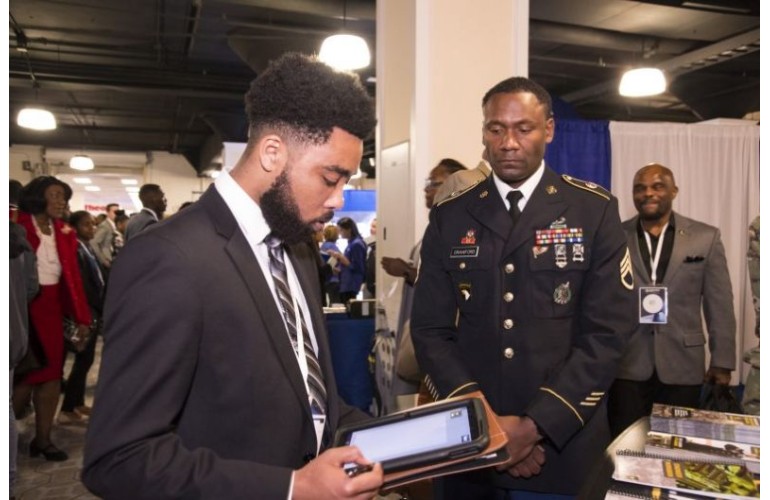 RDECOM is the Army’s largest technology developer, so you can bet on a showcase of the latest Army science and technology to attract and recruit potential science, technology, engineering, and math (STEM) employees.

This year, a number of commands used “Direct-Hire Authority” at BEYA for the first time to address shortfalls in STEM jobs in the military-civilian force.

“The use of DHA at the BEYA Conference proved beneficial to the U.S. Army Materiel Command, Corps of Engineers , Army Test, and Evaluation Command, and Army Cyber Command,” the Army said.

In total, all the commands at the 2018 BEYA Job Fair, including the legendary 101st Airborne Division where Jimi Hendrix served for a year, collected more than 1,000 resumes and made 200 tentative employment and internship job offers.