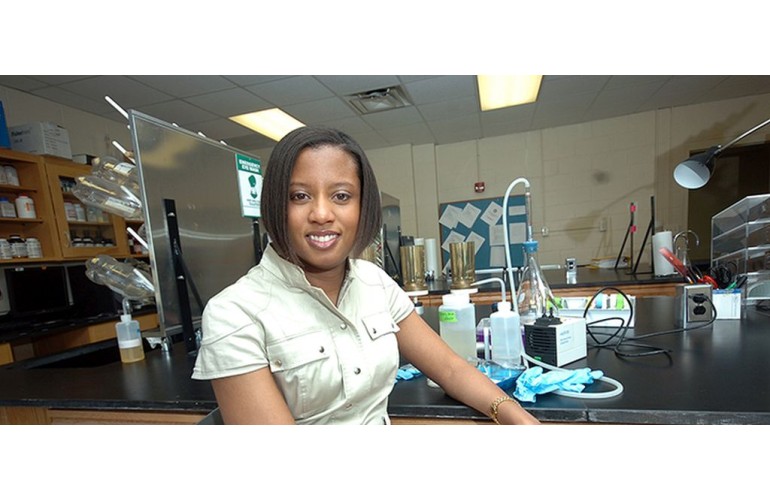 Dr. Stephanie Luster-Teasley is an associate professor with a joint appointment in  North Carolina A&T University’s department of civil, architectural and environmental engineering and the department of chemical, biological and bioengineering.

She is also an alumna of North Carolina A&T University and now teaches in the same labs she once studied in at the university. She remembers the difficulties of being a graduate student while raising her children.

To help students become successful, Luster-Teasley started Engage to be Engineers, a campus mentoring program that provides support for first-generation students, and students with children.

Receiving her award Luster-Teasley told A&T,  “This award is as much my family’s award in celebration of what we do as a family.” Luster-Teasley said she planned to reward her husband and sons with a vacation.

Over the past nine summers and academic school years, Luster-Teasley has channeled her energy into inspiring girls and boys to excel in science, technology, engineering, and math (STEM).

Most recently, Dr. Luster-Teasley has received funding from various federal agencies and organizations for STEM programs.

Overall, her disciplinary and science education research has raised over $2 Million in funding. Which includes grants from the U.S. Department of Education for developing a mentoring program for STEM students, the National Science Foundation, for developing case studies modules in science labs, and the Burroughs Wellcome Foundation to implement science programs for middle school girls.

“A lot of times middle school is when the boys start telling girls that it is not cool to be good at math or science,” she said when she received the 2013 Excellence in Teaching Award from the University of North Carolina Board of Governors.

Dr. Luster-Teasley earned her a bachelor’s degree in chemical engineering from A&T in 1996. “I think what I’ve done shows that if you genuinely care about the kids you can get them to excel,” she said.

She will be recognized at the 2018 BEYA STEM Conference as a Historically Black College and Universty (HBCU) Innovation winner.