It’s never too early to talk about STEM 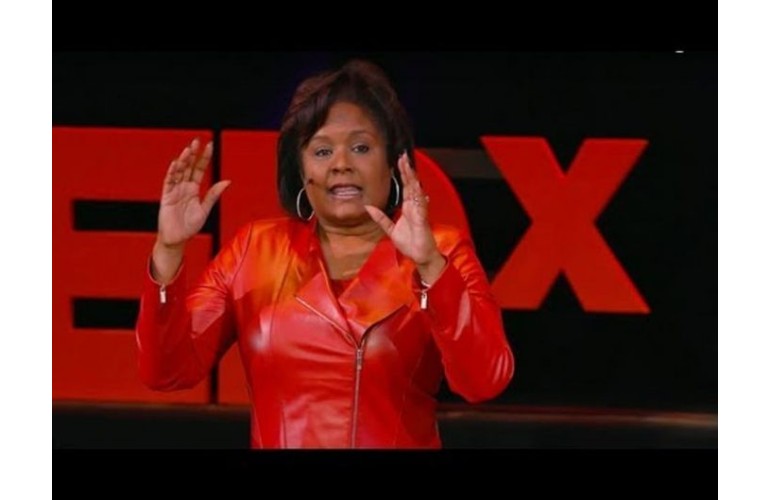 Stephanie C. Hill, senior vice president for strategy and business development at Lockheed Martin, recently gave a passionate speech about the need to talk about engineering early on.

Hill, the 2014 Black Engineer of the Year Award (BEYA) winner, was speaking at the TEDx MidAtlantic Superpowers event, which showcases unique talents.

“My story isn’t unique, but I sure hope it can be inspiring enough for us to believe that if we expose our young people to the marvel of STEM as early as we can, far earlier than I was, we will have more of our young people pursuing careers in STEM,” she said.

Hill’s story, published by US Black Engineer magazine in 2014, is widely known in the BEYA Science, Technology, Engineering, and Math (STEM) community, but more young people could benefit from its lessons.

“We can’t afford any more accidental engineers,” she said at TEDx. “Underrepresented minorities are the least likely to obtain a degree in engineering.”

This is partly because many young people in middle school and high school, even up to the early years of college still have no idea how engineering applies in real world science, technology, and design.

During Hill’s sophomore year at the University of Baltimore Maryland County, she took an elective which opened a whole new path different from accounting and becoming a certified public accountant (CPA).

“If I hadn’t taken that course in COBOL programming and hadn’t been blessed enough to get a job as a software engineer at Lockheed Martin I would never have had the privilege of shepherding the creation of technologies that save lives, and are used on land, sea, air and space,” she said.

Over her 30-year career Hill has worked on big technology challenges that have benefitted the military and the civilian world.

In 2008, Hill wrote code for a launcher that shot down a rogue satellite hurtling down to Earth out of the sky.

Currently, she is involved in technologies like the F-35 helmet, which gives pilots 360-degree vision.

Since 1987, Hill has worked at Lockheed Martin, which employs thousands of engineers engaged in the research, design, development, manufacture, and integration of advanced technology systems, products and services.

“I spent years doing hardcore engineering, writing code, testing software, writing requirements for systems,” Hill told USBE magazine in 2014. “That time I spent doing the work of engineering enabled me to be a leader,” she said.

Hill has also worked to inspire young girls to pursue their dreams and careers in STEM. She established a program at Lockheed Martin to encourage volunteering and mentoring with local K-12 students.

“It will take all of us using our collective superpowers, like Avengers, to fill the talent pipeline,” she said at TEDx.

So inspiring! Thank you for being a great example Stephanie Hill!