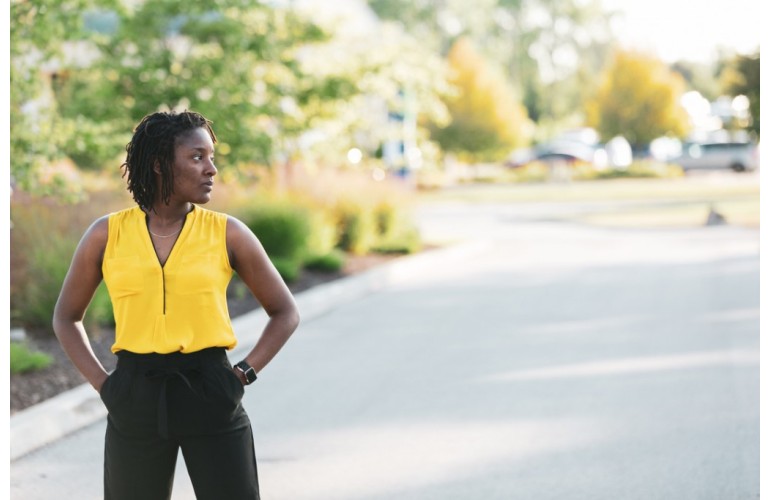 Jackson State University (JSU) announced last week that Amber Johnson, who earned a master’s degree from the College of Science, Engineering, and Technology, made history by becoming the first African American woman to earn a doctorate in computer science from Purdue University. Johnson credits former JSU professor, Charles Bland, for introducing her to research.

She told JSU University Communications that Bland encouraged her to apply to Louis Stokes Mississippi Alliance for Minority Participation, a program aimed at increasing the number of students completing science, technology, engineering and mathematics (STEM) baccalaureate degree programs, and the number of students qualified for programs of graduate study.

For her doctoral research at Purdue University, Dr. Amber Johnson used computer science to help people suffering from chronic obstructive pulmonary disorder (COPD). Now, the results have a “much greater impact than I ever imagined by calculating how soon we should give antibiotics and for reviewing historical data to determine the best treatment,” she said to JSU University Communications.

Johnson’s heroes include James Meredith, who integrated Mississippi’s largest university, and Kyla McMullen, the first woman of color to graduate with a doctorate in computer science from the University of Michigan.

“There’s always a number of people to add to the list of encouragement,” Johnson said. “So, for me, this is a powerful title to hold as the first African American woman to earn a Ph.D. at Purdue. It’s for everyone; it’s for my grandmother, and it’s for the woman I met in Walmart who offered to bake banana bread for me.”

Also, Johnson said she owes a huge debt of gratitude to Dr. Raquel Hill, the first African American to earn her Ph.D. in computer science from Harvard. “She got me right with my dissertation.”

Congratulations you have opened an important pathway and given bragging rights to city of Jackson and all of the institutions that you attended.