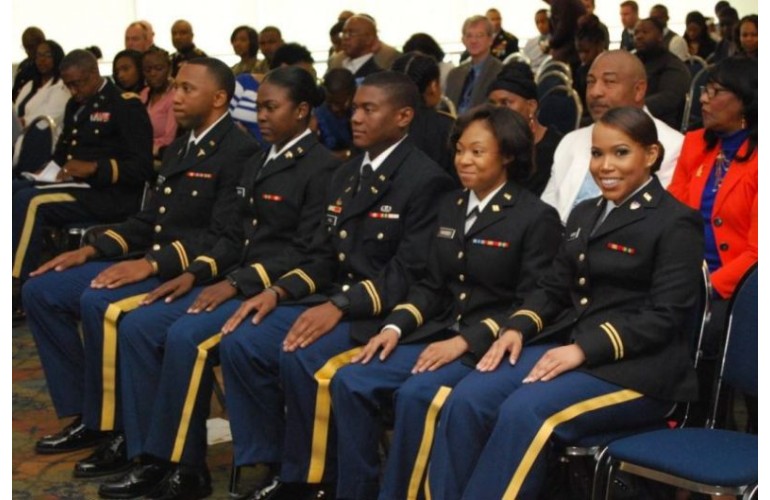 “The U.S. Army has great opportunities,” said Rodney Hall during  the 2018 Welcome Week Fair. “We have more than 20 career fields, ranging from administration to business and from technology to combat arms.”

Hall is the recruiting operations officer/leadership enrollment officer in Jackson State’s Department of Military Science. The department’s mission is to commission future leaders into the United States Army.

Since 1967, Tiger Battalion, the Army ROTC training unit at Jackson State, has produced more than 750 cadets.

Tiger Battalion alumni who have become general officers include Brigadier General Donna R. Williams. She earned her commission through the Army ROTC and a bachelor’s degree in computer science.

Williams retired in 2018 as deputy commanding general at the Theater Engineer Command.

Major General Reuben Jones graduated from Jackson State in 1978 with a bachelor’s degree in sociology and was also commissioned through the Army ROTC. He retired in 2012 as commanding general, Installation Management Command.

The Tiger Battalion currently has 139 Cadets enrolled in the program.