Leadership in the Age of Hip-Hop at BEYA 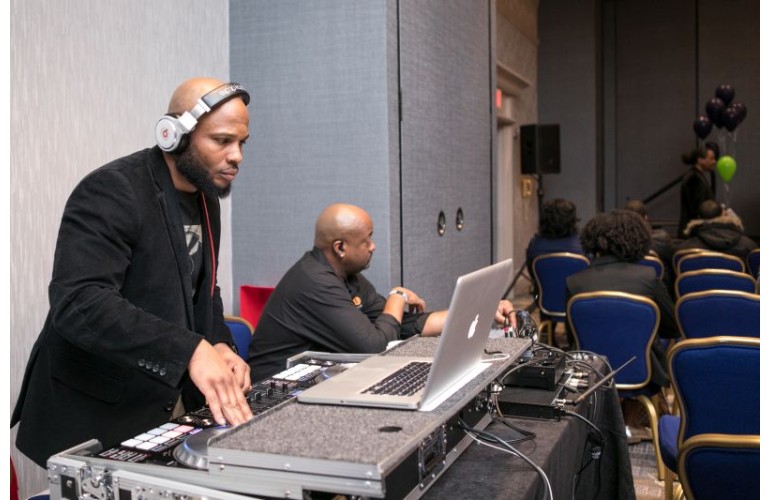 In a seminar entitled ‘Leadership in the Age of Hip-Hop’ held at the BEYA STEM Conference, three Raytheon Company executives talked about how hip-hop music and engineering intersect. They discussed why the genre is relevant for culturally aware engineers and how they apply its philosophies.

From young programmers to executives, many professionals draw inspiration from hip-hop. The career paths of rap stars like Jay-Z and Dr. Dre act as roadmaps for young and old.

“For me, hip-hop is all about confidence,” said Alana Murphy, a 17-year Raytheon employee, who is currently director of mission assurance. “If I’m driving to a meeting in the morning after I’ve worked all night, I put on my Cardi B or my Drake. It helps me get in my zone.”

Confidence is an important quality for any professional. It’s particularly valuable in the competitive technology industry.

“There’s a lot of pressure,” Murphy said, reflecting on the science, technology, engineering, and math (STEM) landscape. “Regardless of where you are, from school up to the executive level, there’s pressure. So hip-hop, the confidence, the motivation, the ‘you got this’ mentality—all of that stuff keeps me going.”

Of course, successful engineers must maintain confidence over a lifetime, as difficult as that may be. For young employees to move up the ladder, they must keep a positive outlook even as challenges present themselves. Like the blues, hip-hop is about overcoming adversity and persevering through difficult times.

According to Carol Wooden, a supplier diversity director, this is one of the best takeaways. “Success doesn’t happen overnight,” she says. “It takes grit, grind, and hard work to make it happen. You have to consistently drive for success and be patient.”

Listen to the full podcast Leadership in the Age of Hip Hop (presented by Raytheon Corporation) here.

“Roadblocks are good things,” he told the young engineers in attendance. “When I look back [at my career], I realize that I had to hit the stumbling blocks to grow and be ready for the opportunities I was given.” Hip-hop has the potential to redefine how a person thinks about failure.

“People view failure as a bad thing,” he said, “but it’s not. Failure is an opportunity to learn something else to accomplish the greater goal.”

With a combined work experience of nearly half a century, the panelists understand that engineers must be willing to grow and evolve as they move upwards in their careers. This is a quality that each of them shares with the most successful names in hip-hop.

“Look at Jay-Z,” Dunwell said. “When he stopped receiving checks and started signing them, he had to change the way he approached his job. He was in jeans, Tims (Timberland boots), and hoodies. Now he’s in suits. We all have to make those changes.”

Wooden pointed out that evolution and growth are central to hip-hop. During its five decades of existence, the music has morphed to reflect the world around it.

“Your leadership style has to change, as well,” she advises, “It has to evolve based on your team, based on the situation that you’re facing at any given time.”

The panelists stressed that no matter how extravagant a rapper’s life seems, there’s always a strong work ethic underneath.

Although we may be accustomed to seeing social media photos of rappers in fancy cars and expensive clothing, we must remind ourselves of the hard work and sacrifice that went into acquiring those things. As industry veterans, the panelists understand this only too well.

“I have more hard days than it may look from the outside,” Murphy said, dispelling the myth that an easy life comes with success. “It’s not always pretty, but you just have to keep pushing.”

“Every day isn’t glamorous,” Wooden says, invoking the message from Cardi B’s anthem ‘Get Up 10’ (‘Knock me down nine times, but I get up 10’).“You’re going to make mistakes, and you’re going to fail,” she told the audience, “But you show your true character by getting up and bouncing back.”

Leadership in the Age of Hip Hop by Christopher Zacher was first published in US Black Engineer magazine.