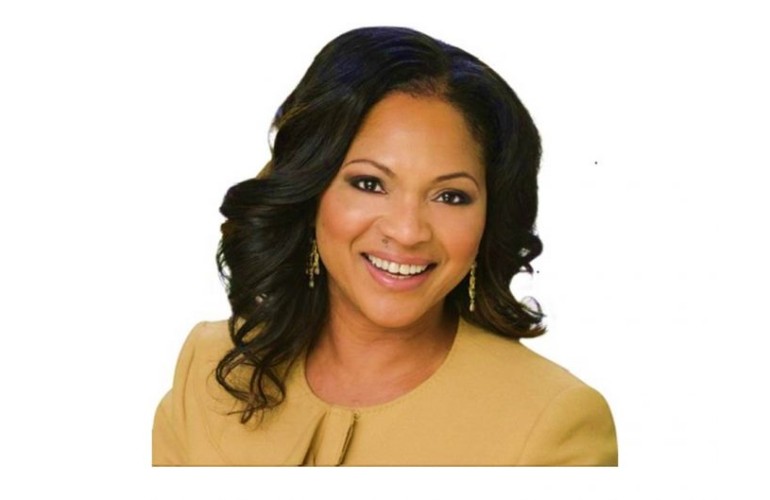 Dr. Pamela McCauley, director of the Ergonomics Laboratory in the Department of Industrial Engineering and Management Systems at the University of Central Florida, was on The Larry Young Morning Show on Monday sharing her story about “Becoming An Engineer”. Read the full interview below or click here to listen.

Larry Young: You were born at Fort Benning to a military family, and grew up in a small town in Oklahoma. What got you interested in science, technology, engineering, and math (STEM) at Frederick Douglass High School in Oklahoma City?

Pamela McCauley: My father was an Army drill sergeant and he always said study hard and get your math. He made us take math every year, and because of that, I didn’t have the fear of math that many students had. As a little girl in Oklahoma, I always share the story that we would sleep outside on the rollaway bed. I’m sure much of your audience doesn’t even know what a rollaway bed is. But my grandmother lived in the country and so in the summer, we would beg to sleep outside on the rollaway bed. And I would look up at the stars and I was just fascinated by the stars and so that really began my love for science.

LY: After high school, you started off at community college before going to the University of Oklahoma. In a recent interview for BEYA’s Becoming An Engineer series, you said, at some point, you were thinking about what majors you could study to make a nice living with a bachelor’s degree because you were a young Mom. So you went to the library and looked at different engineering disciplines. Is that a good way to choose engineering as a career?

PM: I think so. Back then, you had to go to the library. Of course our young folks today have more information at the click of a mouse or on the phone than we did with just facts or books. But I think that’s an excellent way because you learn about a career and financial aspects of it. And again, I was a young mom. I had my daughter when I was in high school and took her to college with me. So I needed to  make a good living for her. It was a struggle initially. When I was in school I received welfare and food stamps and I hated it. But I knew that’s what I needed to do in that season of my life to get to where I wanted to be. So, when I saw in the library that I could make a nice salary with a bachelor’s degree, that motivated me to pursue that engineering discipline.

LY: You are the first African American woman to earn a Ph.D. in engineering in the state of Oklahoma. What was the journey like and what advice do you have for young people?

PM: It had its moments. It was very challenging some days, but there’s the beauty of not knowing what you can’t do. I didn’t even know that I was going to be the first black woman to get a Ph.D. in engineering. I just knew that I wanted my bachelor’s degree and of course, God opened up many doors and I had mentors who encouraged me. Then I got a fellowship, a National Science Foundation fellowship, to pursue my graduate studies. And it was just amazing the level of encouragement I got from my mentors. That said, there was still a lot of opposition because I was the first black female engineering graduate that some of these professors had seen. If you persist, and again, I had good mentors, Dr. Howard Adams and my Ph.D. advisor encouraged me. Sometimes I felt isolated, but I also had some very good friends with me. I always say to young folks, if you have a dream, you really can make it come true. You have to add some timeline. You have to add structure, you have to do some work. Dreams need to become goals and that comes with structure and a plan. And all of it is from my father who always said plan everything.

LY: In 1993, you won the largest National Science Foundation graduate fellowship at the University of Oklahoma. You also launched support groups for young women in STEM. Why?

PM: I’d been blessed to have supportive parents. Despite the fact that I had my daughter when I was in high school, that I didn’t have any money, having that encouragement from my father, and my mother–the most optimistic and supportive person you could ever imagine–that really made a difference for me. But I realized there were lots of other young mothers who were just as smart as I was didn’t have that structure and that guidance. So I put Motivational Moms together in 1993. That organization was designed to encourage young mothers. We worked in Oklahoma City as a nonprofit for several years. And after we ended that organization I continued to do this because I’m so passionate about helping young women, young people, period. STEM degrees can move you into the middle class. Even with an associate degree. Fifty-two percent of STEM careers can be obtained with a two-year degree. And so there’s no reason for us to be wondering how we’re going to make it as young women, as young men, as young mothers. You don’t have to depend on anyone. You can get a STEM degree, and if you pursue an engineering degree the salaries are even higher to create that life that you want and your children deserve.

LY: More recently, you were selected to lead the National Science Foundation i-Corps Program. The i-Corps program prepares scientists and engineers to extend their focus beyond the university laboratory. What will you be doing at the 2020 BEYA Conference?

PM: At the 2020 Black Engineer of the Year Awards (BEYA) Conference, I will be doing whatever I can to support Dr. Tyrone Taborn and all those amazing folk at Career Communications Group. This conference has been such a significant part of my life. I first attended the second (BEYA) conference thirty-three years ago. And for me to walk into a place, being from Oklahoma where I saw so few African American engineers, to see such an amazing group of black engineers, who were real people who talked to me, encouraged me; it changed my life. It really did. If anyone has a child in the (District of Columbia-Maryland-Virginia) area, I would beg to bring them to this Black Engineer of the Year Awards Conference. It’s life-changing to see people who look like you enjoying STEM careers and thriving., making a difference and changing the world. I will be speaking to some of the young folks and it’s just an honor to be part of Career Communications Group conferences BEYA and Women of Color in technology.

Dr. Pamela McCauley is a 1989 Black Engineer of the Year Award (BEYA) for Student Leadership, She’s also the 2019 Technologist of the Year, an award given by Career Communications Group’s Women of Color magazine’s Women of Color STEM Conference. She will be speaking at the 2020 BEYA  Science, Technology, Engineering, and Math (STEM) Conference during Black History Month.