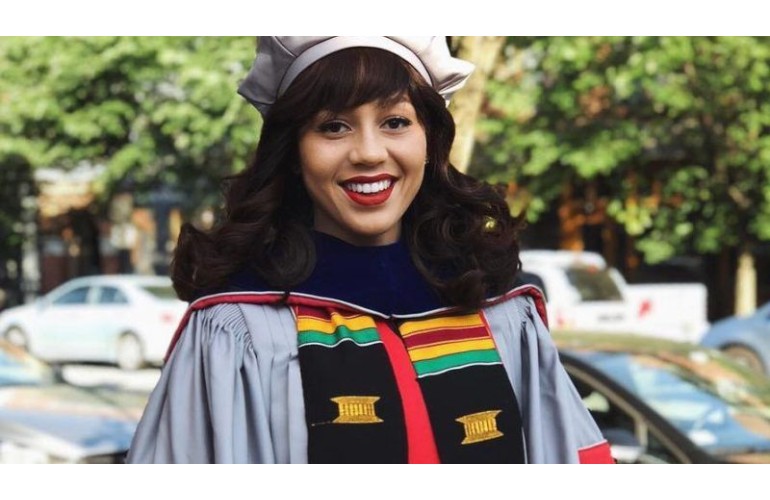 Did you know nearly 30 percent of black PhD recipients in America today earned their undergraduate degrees at historically black colleges and universities?

“Educated at Florida A&M University, where I earned a (Bachelor of Science) in physics, I am a firm supporter of historically black colleges and universities as an irreplaceable aspect of the Black American experience,” writes Mareena Robinson Snowden.

An early-career scientist, she has already made a big impact.

“In 2017, I became the first American-born woman of color to earn a PhD in nuclear engineering from M.I.T. My dissertation focused on the development of radiation detectors for future nuclear arms control treaties,” she adds.

At Florida A&M University, she maintained a 3.8/4.00 GPA  from 2006 through 2011. She was an active member of the Society of Physics Students and the Florida Georgia Louis Stokes Alliance for Minority Participation. She served as a physics department tutor and an undergraduate researcher at the Center for Plasma Science and Technology.

In 2012, she was awarded the NNSA Stockpile Stewardship Graduate Fellowship, a 4-year fellowship that supported her graduate work in the Laboratory for Nuclear Security and Policy at Massachusetts Institute of Technology. As a graduate fellow, she conducted research at Lawrence Livermore National Laboratory (LLNL), a federal research facility in Livermore, California. At LLNL, Snowden developed computational models to understand radiation interactions inside of an open-source warhead design, and conducted experiments to understand the feasibility of detecting these interactions in reality. Snowden’s previous experience also includes work in the National and Homeland Security Directorate at the Idaho National Laboratory, a leading center for nuclear energy research and development.  She also did studies at the Harvard Kennedy School of Government.

Snowden served as a National Nuclear Security Administration (NNSA) Graduate Fellow in the Office of Major Modernization Programs. The office is responsible for the modernization of warheads and ensuring access to strategic materials used in the U.S. stockpile. In addition,  Snowden was a technology liaison at the Y-12 Complex, a manufacturing facility that plays a vital role in the Department of Energy’s nuclear security enterprise.

The early-career scientist has earned quite a few honors already. In 2015, Dr. Robinson Snowden received the MIT Graduate Woman of Excellence Award and the MIT Community Excellence Award in 2016 for her leadership and dedication to equity and inclusion at the institute.

“My journey in STEM has been featured in Essence magazine and MARVEL’s The Unstoppable Wasp Comic #6. You can find a selection of my work and interests throughout my site,” she says. Or on Instagram

So wonderful to read about your success and to see what an amazing role model you are.