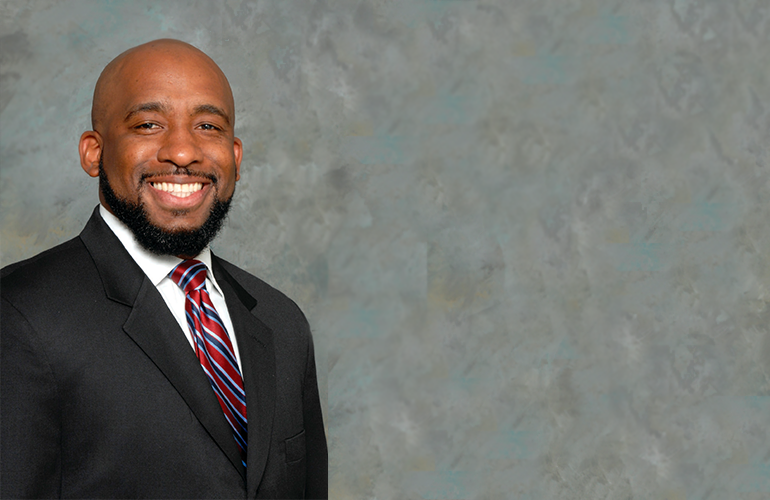 Kerron began his career as an electrical engineer in 2001 with Northrop Grumman, in the Power Conversion Technology department.

He worked on projects with electrical systems, new electronics, circuit design and tested products to make sure they work. Now, Kerron is an expert on power systems architecture, design and analysis of radars used in missions from sea to outer space.

He has made notable advances in how digital control and telemetry is used in power system architecture for next generation radar systems with mechanical, electronic and computer engineering.

Electrical engineering plays a vital role in radar and robotics.

That’s why Kerron is a big fan of robotics education. He has served as a judge for Baltimore County competitions for the VEX Robotics World Championship, sponsored by the Northrop Grumman Foundation.

He is also a teacher and instructor for BioEYES, a hands-on, bio science outreach and teacher training program of the Carnegie Institution for Science in Baltimore, MD that uses live fish to excite kids about science.

Another program he takes part in is the Johns Hopkins Engineering Innovation Summer Program. The program helps high school students with an aptitude in math and science and an interest in engineering. Students learn to think like engineers and have the opportunity to earn Johns Hopkins University credit.

In 2016, Duncan was promoted manager of the Mission and Model Based Engineering department. He is responsible for a team of 45 scientists, engineers, and technologists.

Kerron was born in Trinidad and Tobago and came to Baltimore in 1989. For as long as he can remember, he always dreamed of becoming a scientist.