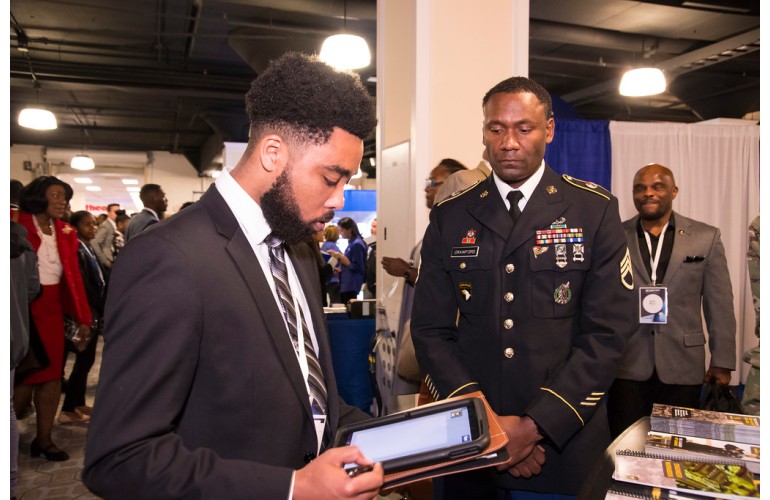 Memorial Day began as Decoration Day, as communities and families decorated the graves of fallen soldiers. The tradition continues today with flags and flowers adorning the graves of those wearing the American flag in their final moments.

Military Appreciation Month falls in May each year.

All month long, men and women who have served throughout American history and all who now serve, and their families, as well as those who have made the ultimate sacrifice, are remembered, recognized and appreciated.

Memorial Day is observed on the last Monday of May. It’s a day for remembering and honoring people who have died while serving in the United States Armed Forces, by placing seasonal flowers on their graves.

But wherever Americans are at 3 p.m. local time on Memorial Day, the National Moment of Remembrance asks people to pause for a minute in an act of national unity and honor those who died in service to the United States.

Its not just about black people who served. Its about all service members. Your part of the problem not the solution.

It is about every American that served, died for our Country. It is people like you that are a problem

this whole “served our country” bullshit is just bullshit. you didnt protect shit. you invaded practically defenseless countries and put their people to slaughter. america does not defend it only invades. and nigs are lining up because their ghetto attitude is unemployable in america and they having no moral compass whatever are down to slaughter innocents for their welfare check. mercenary welfare.
damn monkies need to go.