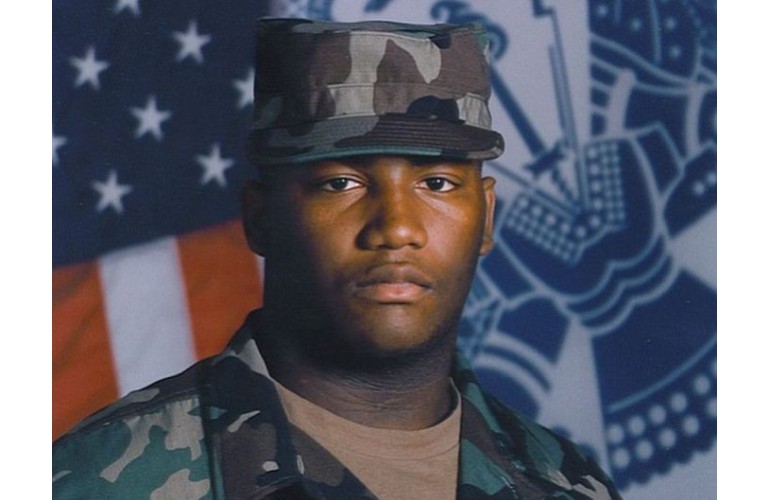 A graduate of Magruder High school in Rockville, Maryland, Davis was buried at Arlington National Cemetery on July 6, 2006.

The nineteen-year-old soldier from Gaithersburg died in an outpost in Afghanistan, on June 25, 2006, when he came in contact with indirect fire while on patrol during combat.

“That picture means a lot to me,” said Patricia, who has kept her beloved son in her heart for years.

“Across our proud nation this Memorial Day weekend, we remember the men and women of our Armed Forces who made the greatest sacrifice imaginable,” Senator Ben Cardin (D-Md.) said in a statement in recognition of Memorial Day 2018.

“I specifically remember the sacrifices of my fellow citizens from Maryland like those of Specialist Tocarra Green during this time. She was the first woman from Maryland to die in the Iraq War. I remember Sergeant Erick M. Houck, a Baltimore native like me, who died in Afghanistan just last year… They and those like them deserve every honor we can bestow,” Cardin said.