‘Mission to Mars’ with the 2009 Black Engineer of the Year 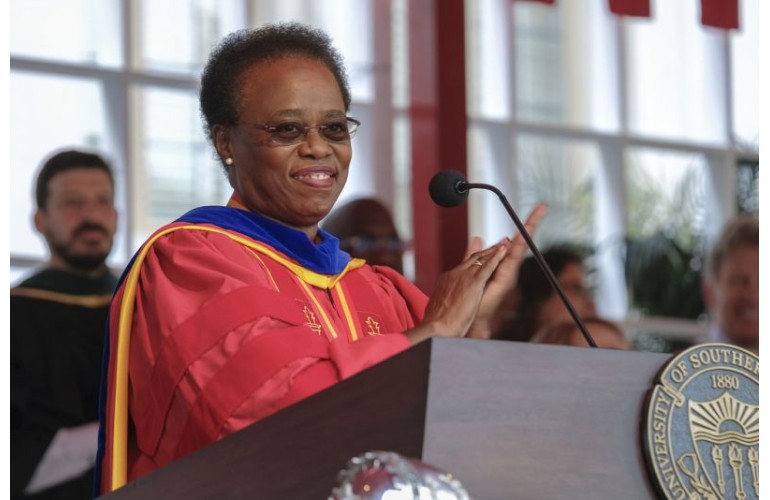 ‘Venture into Space’ read an ad in the spring 2009 US Black Engineer (USBE) magazine.

The smiling image of Aerospace Corporation’s then-president and CEO Dr. Wanda M. Austin gave all the assurance that you won’t travel alone.

“The future bodes well,” she said. “We are more dependent on space.”

“There was a time when Wanda Austin wanted to excel in literature,” wrote Roger Witherspoon in Black Engineer magazine. “But after a passionate discussion with a teacher over varying interpretations of a novel, Austin wasn’t so sure literature was for her.”

Austin went on to earn a bachelor’s degree in mathematics. Then she trained as a teacher and a professional in actuarial science. Later, she got master’s degrees in math and systems engineering before leaving Pittsburgh for southern California. After a brief spell in rocket systems at Rockwell International, she settled down for a thriving career with The Aerospace Corporation in 1979.

“Many people don’t realize key aspects of their lives depend on space systems,” Austin said. “Whether it’s going to a website or turning on the GPS, you are using the same network. These programs are based on having satellites, and without the military space programs, these systems wouldn’t be there.”

Soon,  Austin was tapped to lead Aerospace’s military satellite program, with 1,000 engineers in the engineering and technology group. In January 2008, she became The Aerospace Corporation’s president and CEO leading more than 4,000 scientists and engineers and $850 million in revenue.

Currently, as interim president of the University of Southern California (USC), Austin is building partnerships to drive innovation, discovery, and collaboration. In the photo above, Dr. Austin applauds incoming freshmen and transfer students. (USC Photo/Gus Ruelas)