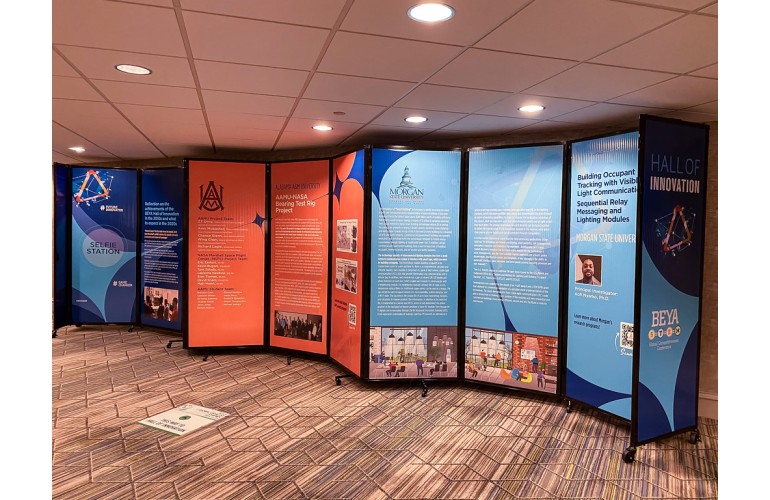 Alternative energy, aquaculture, environmental remediation, and cellphone communications are among the roster of technologies that earned a record number of U.S. patents for Morgan State University this year.

According to Maryland’s preeminent urban public research university, a growing number of patents have been received since the university established its Office of Technology Transfer in 2016.

“I congratulate our six new inventors for their outstanding work,” said Willie E. May, Ph.D. in a statement. Dr. May is Morgan’s vice president for Research and Economic Development. “Their efforts spotlight Morgan’s current innovation boom, and it will assist us in reaching our goal of joining the country’s top 10 research universities in terms of innovation outputs indexed to research and development expenditures,” he said.

The patent-winning inventions include a strain of an algae-like microorganism, which has potential as a more environmentally friendly alternative to fossil fuels, a tactical communication systems device that could be highly useful in military and phone communications, and a system that automates the process of restoring baskets used in the cultivation of oysters in the Chesapeake Bay.

‘Record-breaking number of patents in 2020’

Last year, Morgan filed 20 new U.S. patent applications. Currently there are 26 U.S. utility patents pending in Morgan’s growing portfolio. According to Morgan State,  a report by an independent consultant revealed that Morgan generated more patents and other key innovation outputs and outcomes per research dollar than the state and national averages for research universities.

Earlier this year, Morgan State showcased inventions  in the BEYA Hall of Innovation.

The Hall of Innovation featured a museum-style installation that presents an institution’s research to BEYA attendees including students, professionals, and major corporations.

BEYA is looking to bring to the community information about vital research at historically black colleges and universities (HBCUs). The organizers said that in the spirit of the National Science Foundation mission, they hope to showcase work that “promotes the progress of science, advances the national health, prosperity, and welfare, and secures the national defense.”

Sponsors include Fortune 500 companies, who provide support for university research endeavors, enhance the quality of research projects in research centers, and contribute towards competitive excellence.