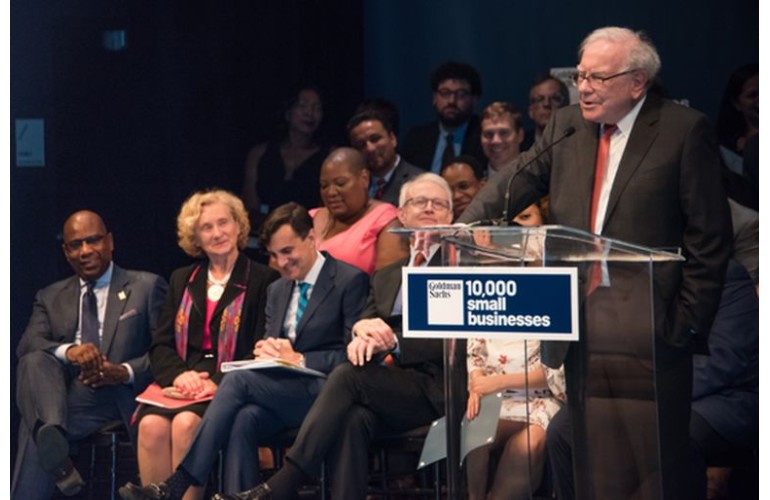 Baltimore got a $10 million boost this week, with the first-ever co-investment in the Goldman Sachs 10,000 Small Businesses program by Goldman Sachs and Bloomberg Philanthropies.

The program, which commits to expanding ‘ the 10,000 Small Businesses’ Initiative in Baltimore,  will be used to provide a practical business education and access to capital for small business owners.

A consortium of local program partners, which includes Morgan, The Johns Hopkins University and the Community College of Baltimore County, will coordinate the 10,000 Small Businesses program implementation.

Morgan will lead the educational instruction in addition to aiding in the business owner recruitment and cohort networking components of the program delivery.

“Bringing this program to Baltimore is great for our city and will support its continued success in producing entrepreneurs,” said Morgan President David Wilson. “As an anchor institution, Morgan is committed to the city’s economic growth and development. We are honored for the opportunity to participate in this important public-private partnership and work collaboratively to move Baltimore forward in meeting that goal.”

The announcement took place at Baltimore Center Stage, after the completion of two pilot sessions of Goldman Sachs 10,000 Small Businesses in Baltimore, which ran from January through July this year, with 59 local small business owners.

During the ceremony, President Wilson conferred the names of the graduates from the first cohort. The next classes, which will be held on Hopkins’ campus, will begin in November 2017 and end in March 2018.

The program is designed to help create jobs and spur economic growth.