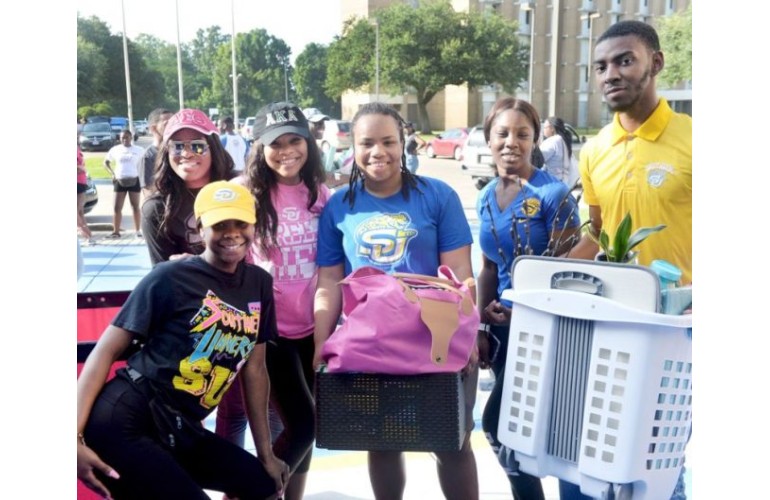 Howard University said nearly 1,600 incoming freshmen and their families were greeted Saturday,  one of the largest classes welcomed to the university in recent years. The College of Arts and Sciences will receive the largest number of new students, with biology being the most popular major.

Morgan State University said more than 1,200 incoming freshmen and their families took part in the university’s annual Move-in Day over the weekend.

At Tennessee State University, the first group of more than 1,300 first-time freshmen received keys to their dorm rooms in Wilson Hall on Tuesday, August 14.

‘Importance of attending an HBCU’

Florida A&M University posted recommendations for what to bring, what to leave behind, tips for living in dorms and help for transitioning into living on campus.

One Mom at Hampton State University said: “We’re really excited about him attending Hampton, it was really important to me for him to attend an HBCU. Hampton was definitely one of my top choices and it became his as well, and we have many family members who have attended HBCU’s so they are important in our family.”

With college costs rising across the country, affordability is of increasing concern to students and parents.

New rankings from Money magazine says North Carolina A&T State University is the most affordable, with an estimated annual cost to attend for 2018-19 of $18,300.

When the university’s average annual financial aid award is factored in, that price tag drops to $10,300 – again, best among North Carolina schools included in the listing.

“We understand the importance of cost and work to keep an A&T degree affordable for the growing number of students who choose our university,” said interim associate vice provost for enrollment management Jacqueline Powers. “That’s why we are increasingly a first-choice university for outstanding students, particularly those interested in the STEM programs.”

In 2012, a Forbes writer predicted that while a college education will remain expensive, must have skills and majors for the future were in the science, technology, engineering, and math (STEM) fields.