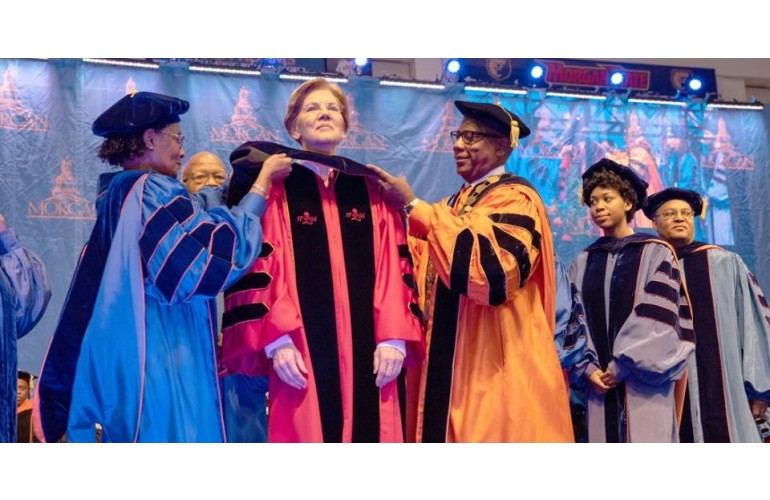 Morgan State University celebrated its annual Commencement Friday the 14th, marking the sixth time the event was held in December.

In his introduction of Senator Elizabeth Warren, who served as Commencement speaker and was honored with an honorary law degree, Morgan President David Wilson outlined Warren’s long career as a law professor and faculty administrator at six universities.

“Under the rules of commencement speakers, I am required to say, ‘Work hard.’ Which you should,” she said. “But I’m here with a bolder message: ‘It’s time to change the rules.
“As a country, we need to stop pretending that the same doors open for everyone, because they don’t,” Warren said. “I’m not a person of color. And I haven’t lived your life or experienced anything like the subtle prejudice, or more overt harm, that you may have experienced just because of the color of your skin.”

More than 400 bachelor’s, master’s and doctoral candidates received their degrees at the ceremony in the Talmadge L. Hill Field House at Morgan State.