‘Music artists you know may well be folks who received a total education from an HBCU,’ says PVAMU professor 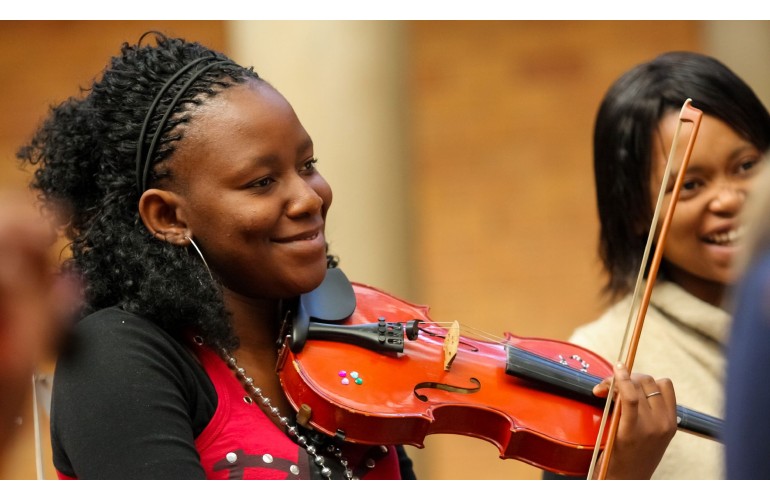 June was African American Month, and Mark W. Phillips, Ph.D., head of the Department of Music and Theatre at Prairie View A&M University, published an op-ed “HBCUs supply the Beat to music as we know it,” which came on the heels of the HBCU-Colleges website’s 2022 list of Schools Offering Music Programs.

Below is the full op-ed by Dr. Phillips, first published by the PVAMU blog.

When thinking of June as African American Music Month, there are many students who choose to study music at HBCU institutions. Some are interested in marching band and others in choir or orchestra.

As they study, there is another interest of theirs that is not on the curriculum sheet. The curriculum at HBCUs is the traditional classical curriculum standard that compares to all other schools of music and their course offerings around the country. This consists of music theory, private lessons, and music history.

Students at our institutions take their education a step further by creating something called Beats during their free time. Beats can be used for recorded music and television. What are these Beats that they create? Well, they are short percussive taps and bass-heavy sing-able melodies, usually with a repeating driving motif that identifies it. These Beats can be found in many styles of music, such as rap, fast tempo music, slow tempo music, and music with a Spanish flavor.

A recent graduate of Prairie View A&M University, Colangelo Tolbert, II, who teaches with the Houston Independent School District, writes Beats each day. His style is to be “different,” catchy, and to have his sound different than others’ Beats. He said he “usually creates a motif and will elaborate on it.” This process can take from a half-hour to an hour, depending on the complexity of the piece.

On the other hand, Shawn Smith, another music graduate, randomly plays around on the keyboard to create his Beats. His Beats, which are from one to four minutes, are created in an hour and a half. Shawn gets samples and ideas for his Beats from television, radio and computer games.

Wendell Shello, Jr., a music student from a neighboring HBCU university, uses movies as his motivation for creating Beats. He uses original ideas instead of sampling from other musicians’ musical compositions for ideas.

The extensive study of music is one trait that allows these individuals to create and develop their ideas. Moreover, the use of their education and resources makes this medium come to life. This genre will continue to develop as we keep an eye on it in our musical culture. So, when you watch television and or listen to commercials on the radio or attend social gatherings, the artists may well be folks you know who received a total education from an HBCU institution.