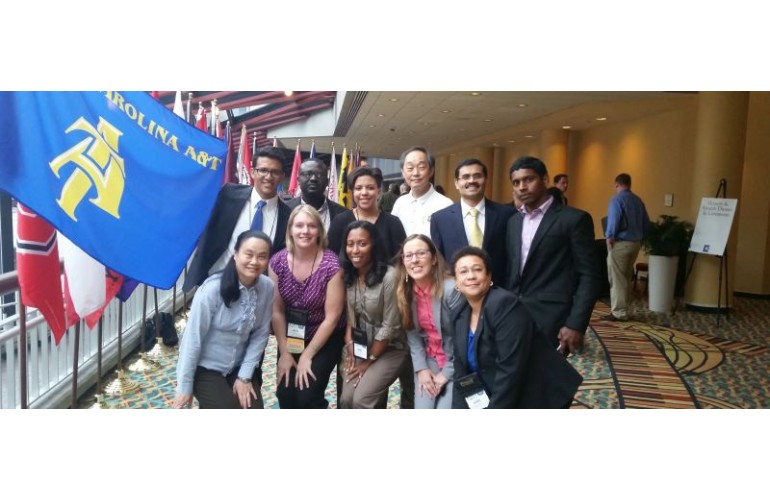 Tonya Smith-Jackson, an award-winning leader in science education and research,  is the new Senior Vice Provost for Academic Affairs at North Carolina (N.C.) Agricultural and Technical (A&T) State University. Her appointment was effective May 1, according to a university statement.

She spent 2018-19 at the National Science Foundation as program director of the Computer and Information Science and Engineering Directorate in the Cyber-Human Systems Program. Upon her return to A&T earlier this year, she was named interim director of the new  Center of Excellence in Cybersecurity, Research, Education, and Outreach.

“Dr. Smith-Jackson’s leadership by example and deep commitment to the academic enterprise of North Carolina A&T and our students distinguished her in a highly competitive search,” said Provost and Executive Vice Chancellor for Academic Affairs Beryl McEwen in a statement. “We look forward to the many contributions she will make and to the incredible energy and enthusiasm she brings to her work.”

After beginning her career in the private sector, Smith-Jackson worked briefly for North Carolina State’s Ergonomics Laboratory before joining the faculty of Virginia Tech in 1999.  She held numerous positions including professor of industrial and systems engineering and director of the Human Factors Engineering and Ergonomics Center. She also served as a scholar-in-residence at the U.S. Consumer Product Safety Commission in Bethesda, Maryland.

She joined A&T in 2013 as professor and chair of the Department of Industrial and Systems Engineering and founder and director of the Human Factors Analytics Laboratory. She later founded and co-directed the Cyber-Human Analytics Research for the Internet-of-Things Laboratory.