N.C. A&T College of Engineering is on the go 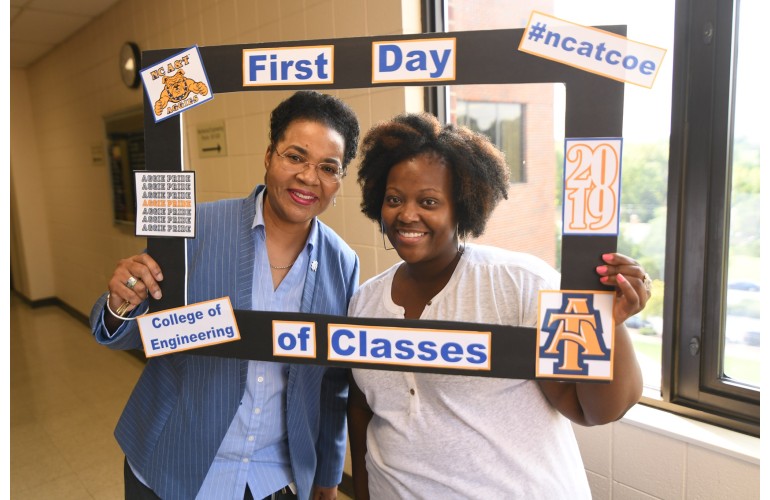 A lot has happened since Engineering Dean Robin Coger (left) and her team celebrated the return of Aggie engineers to North Carolina A&T State University.  The semester’s achievements started with four computer science students from the College of Engineering who won first place in a coding competition.

An engineering grad of North Carolina A&T State University (N.C. A&T) also made history. Alan Gillespie is the first African American engineer to be appointed as a discipline lead within the United States Department of Agriculture. Gillespie graduated from N.C. A&T’s biological engineering department in 2007.

“Our students are among the best and brightest, and I continue to be proud of the preparation for their respective fields they receive at North Carolina A&T,” said Dr. Robin Coger, dean of the College of Engineering. “We are all so proud of alumnus Alan Gillespie’s latest accomplishment, and I am certain the USDA will benefit greatly from adding this Aggie Engineer to its team.”

In related news, Nahndi Kirk-Bradley, a senior with a focus on bioprocessing at N.C. A&T, spent the summer studying mechanical engineering in China as part of a study abroad trip. The Royal Academy of Engineering in London also invited two A&T to the Global Grand Challenges Summit.

On-campus, the College of Engineering at N.C. A&T recently presented a talk hosted by John Deere. The seminar titled “Physical meets Digital: Automation and Date Journey in Agriculture” focuses on technology in the agro-industry.

Representatives from Cisco also shared their experiences with students in the panel discussion, “How to Take a Seat at the Table: Representation in the Workplace.”