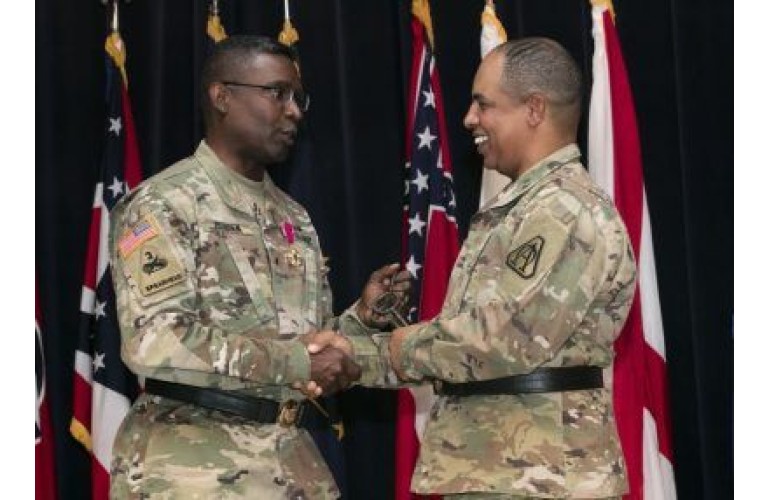 “He epitomizes our mission to recruit, educate, develop, inspire, and commission ROTC cadets that are capable of exceptional service in the Army,” Johnson said.

The center’s 5,000-plus employees specialize in research, development, acquisition and lifecycle management of weapon systems and ammunition.

Abramson was commissioned a Second Lieutenant in the Chemical Corps after graduating from Virginia State, where he received a Bachelor of Science degree in chemistry.

He has served as a battalion chemical officer, SMOKE platoon leader, a chemical staff officer in the Project Manager’s Office for Nuclear, Biological, & Chemical Defense, and most recently an executive officer in Army Acquisition Logistics, and Technology.