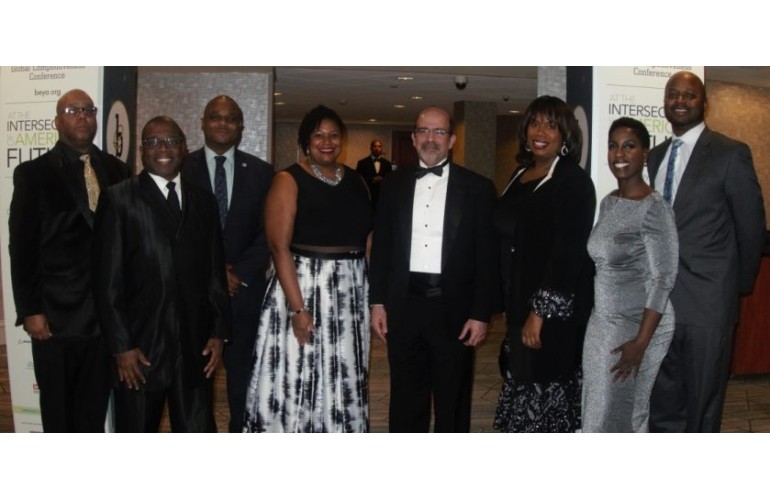 Dr. Kandis Boyd now heads a program management office at the National Oceanic and Atmospheric Administration  (NOAA), but she hasn’t forgotten the people who inspired her interest in science, technology, engineering, and math (STEM).

There’s the television meteorologist who got her hooked on weather forecasting. But long before she paid a school visit to the local station, her father, who taught science in the south side of Chicago, made a difference in teaching home science experiments.

Speaking on the Doni Simpson Show Thursday, Boyd said her upcoming award at BEYA 2020 was a celebration of her twenty-five years of service at NOAA, as well as an opportunity to spread the word about weather preparedness.

“My responsibility is to give away money,” Boyd said describing a day in her life at NOAA. “I give away half of my budget in the form of grants, cooperative agreements, and memorandums of understanding, with the goal of saving lives and property. We are in charge of what’s called research to operation. We fund research activities that help create a better weather forecast, which ultimately saves lives and property and allow citizens to make informed decisions when we have severe and extreme weather events. For more information on these grants go to weather.noaa.gov and enter the word research in the search box. There are annual research opportunities. You can apply and there’s also a review process before the awards are presented. So we encourage anyone with research capabilities to apply and partner with us.”

“I started as an intern at the weather forecast office in Des Moines, Iowa,” she said. “I was the first African American to receive a bachelor’s degree in meteorology back in 1996, thanks to the George Washington Carver Scholarship,” she said, adding that Carver “attended Iowa State well over a hundred years before I got there.”

Boyd recommends programs like INROADS, which allowed her to learn about meteorology careers. She said Carver is one of her role models, as is Evelyn J. Fields.

“She probably isn’t known to many people,” Boyd said Thursday. “But her impact has been not only on a national scale but on a global scale. Admiral Evelyn Fields is the very first African American to join the Corps and ascended all the way to the highest position. They are unsung heroes.”

“I really feel representation matters,” Boyd said, ” so I spend a lot of time talking to students about how you start your career.” Meet Dr. Boyd at BEYA in Washington D.C. Click here for more information

Six NOAA employees were recognized as Modern Day Technology Leaders at the 2019 BEYA STEM Conference. (Photo inset and above) They include:

Click the link to read more about their paths to a career at NOAA and their advice for future STEM leaders. Meet the NOAA employees recognized at the 2019 Black Engineer of the Year Awards

At BEYA 2018, NOAA scientists Dr. Michael Hicks and Mr. Jason Taylor were honored for their achievements in STEM.

Like all NOAA scientists who have received awards at BEYA, Hicks and Taylor are helping to train next-generation STEM leaders by mentoring at science centers that promote research in NOAA-mission sciences at minority-serving institutions.

Hicks’s internships with NOAA as an undergraduate scholar inspired him to pursue a career in atmospheric sciences. While earning his doctorate at Howard University, he was selected for a graduate sciences program.

Taylor earned his bachelor’s degree in meteorology from the Millersville University of Pennsylvania. He began his career as a contractor for NOAA Satellite and Information Service and became a federal employee in 2004, supporting the NWS Office of Science and Technology.