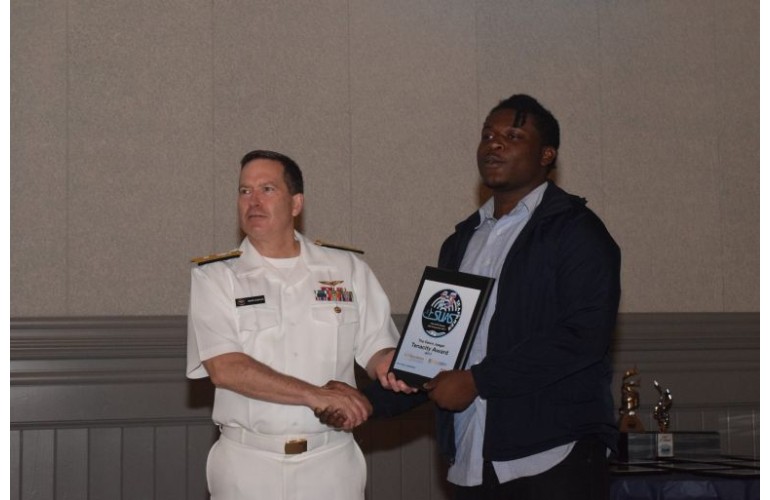 The Student Unmanned Aerial Systems Competition has been hosted by the Association for Unmanned Vehicle Systems International Seafarer Chapter at Patuxent River since 2002, and the event has steadily grown over the years, this time hosting 59 international teams from around the world.

Industry sponsors and the U.S. Navy have been strong supporters in making this event successful.

The competition is also designed to foster interest in Unmanned Aerial Systems (UAS), stimulate interest in UAS technologies and careers, and to engage students in a challenging UAS mission.

The competition requires students to design, integrate, report on, and demonstrate a UAS capable of autonomous flight and navigation, remote sensing via onboard payload sensors, and execution of a specific set of tasks.

The purpose of the competition is to challenge a new generation of engineers to design and build autonomous unmanned air vehicles capable of performing realistic missions in a simulated environment and to foster ties between young engineers and the organizations developing UAV technologies.

The mission objective for the flying portion of the competition was for an unmanned, radio controllable aircraft to be launched and transition or continue to autonomous flight, navigate a specified course, use onboard payload sensors to locate and assess a series of man-made targets prior to returning to the launch point for landing. Each team was required to complete the task within 40 minutes.

The 2017 AUVSI SUAS Competition was held from June 14th to 17th. A total of 59 international teams competed, 55 submitted Technical Design papers, 47 presented Flight Readiness Reviews, 42 teams attended, and 38 were able to get airborne. A total of $62,250 was awarded to teams,

The Dawn Jaeger award is named after Dawn Jaeger, who moved to Maryland to start a career within the federal government. She was a computer engineer for the U.S. Navy for 27 years and a member of the Beta Sigma Phi/Alpha Omega Sorority, International Council on Systems Engineering INCOSE, and Society of Women Engineers.