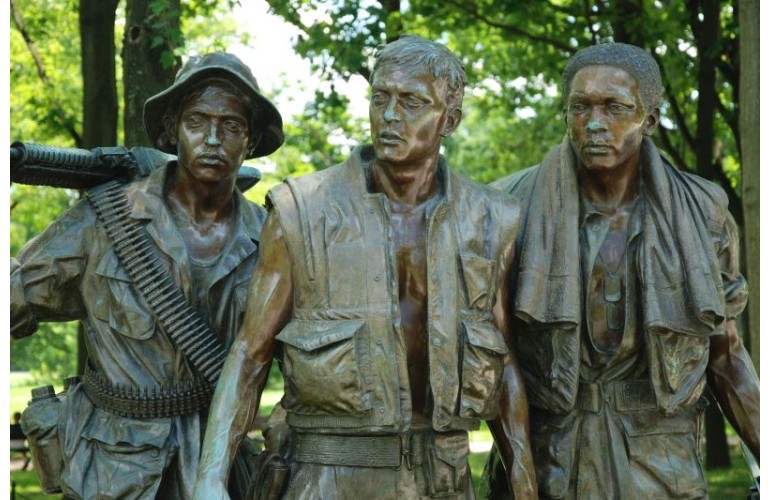 President Donald Trump on Wednesday proclaimed November as ‘National Veterans and Military Families Month’ as a way to “honor the significant contributions made by American service members, their families, and their loved ones,” according to a release of the proclamation from the White House.

“It is our patriotic duty to honor veterans and military families. As part of our efforts to answer President Lincoln’s charge to care for those who have “borne the battle,” I have asked the Department of Veterans Affairs (VA) to lead the Nation in a month of observances across the country to honor our veterans,” the proclamation reads.

“This month, in which Americans traditionally pause to give thanks for our blessings, it is fitting that we come together to honor with gratitude our extraordinary veterans and military families and their service to our country. May God continue to bless our Armed Forces and those families that love and support them.”

Trump called on Americans to “ set aside this month surrounding Veterans Day to hold observances around the country to honor and thank those whose service and sacrifice represent the very best of America.”

Highlighting the voices and contributions of African-American military veterans, the “Unsung Heroes: Do You Know Who I Am?” exhibition will run Nov. 1 through 18 at the M Street Graduate Studios in downtown Fresno.

The mixed-media interactive exhibition also will be open from 5 to 8 p.m., Thursday, Nov. 2, as part of ArtHop, the open house of galleries and studios in downtown Fresno and the Tower District held on the first Thursday of each month.

“Unsung Heroes” is hosted by The Unsung Heroes Living History Project, founded by Lisa Daniels of California State University, Fresno. A reception will be held from 2 to 4 p.m., Friday, Nov. 10, in commemoration of Veterans Day, Nov. 11, with Tuskegee Airmen from the Sacramento Chapter as the special guests.